Article 15' should be declared tax free 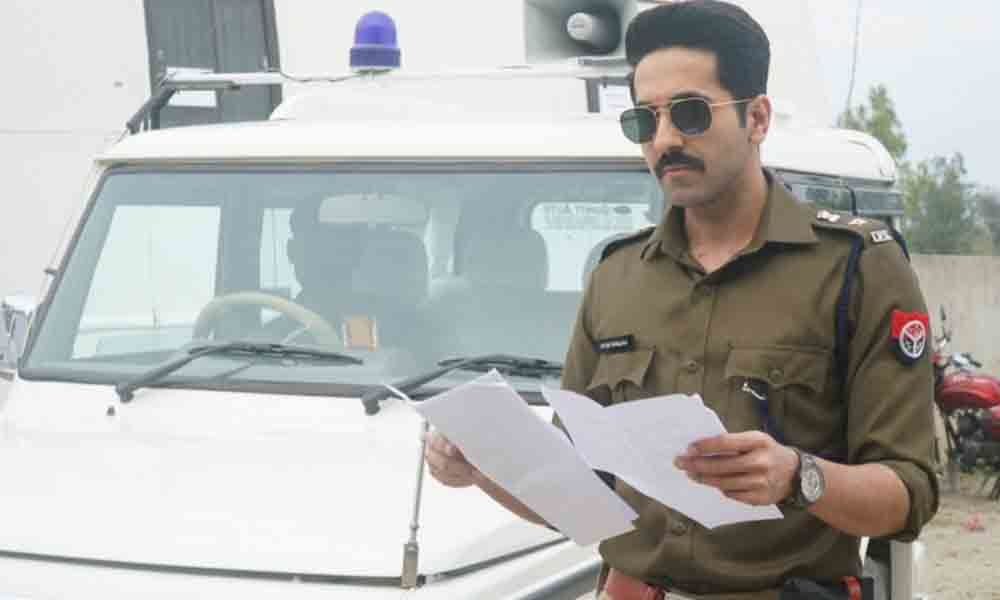 Actor Ayushmann Khurrana says his forthcoming film ‘Article 15,’ an investigative thriller, should be declared tax free in the country.

Actor Ayushmann Khurrana says his forthcoming film 'Article 15,' an investigative thriller, should be declared tax free in the country.

Ayushmann was interacting with the media during the special screening of 'Article 15' in Mumbai.

'Article 15' is based on Article 15 of the Indian Constitution that prohibits discrimination of Indians on grounds of religion, race, caste, sex or place of birth, and it takes inspiration from true life events.

Talking about the audience's response to the trailer of 'Article 15,' Ayushmann said: "We have got a lot of love for the trailer of our film and we are getting really nice reviews for the film. I feel it's a very important and relevant film in today's time which should be watched by every citizen of this country." Asked if 'Article 15' should be declared tax free by the state governments in India, he said: "I definitely feel that this film should be declared as a tax free film because it is necessary that this film should reach every part of the country. It's not a comedy or an entertaining film. It is based on a vital subject, so it should reach maximum number of people."

Talking about it, Ayushmann said: "(Director) Anubhav (Sinha) Sir has issued a statement. It states that we haven't shown any community in a negative light, especially the Brahmin community.

"When people will see the film, they will realise that the film's protagonist belongs to a Brahmin community, so we haven't criticised anyone in the film. I urge people to watch the film then form opinions about it."

Talking about the issue of the caste system in India, the actor said: "When I used to perform street plays during my college days, we used to deal with social issues through our street plays.

"Apart from that, I have read many books on this issue while shooting for the film, so I have been familiar with casteism in India. It is very rampant in rural areas. In urban areas, you will see inter-caste marriages but you will not see that in rural areas.