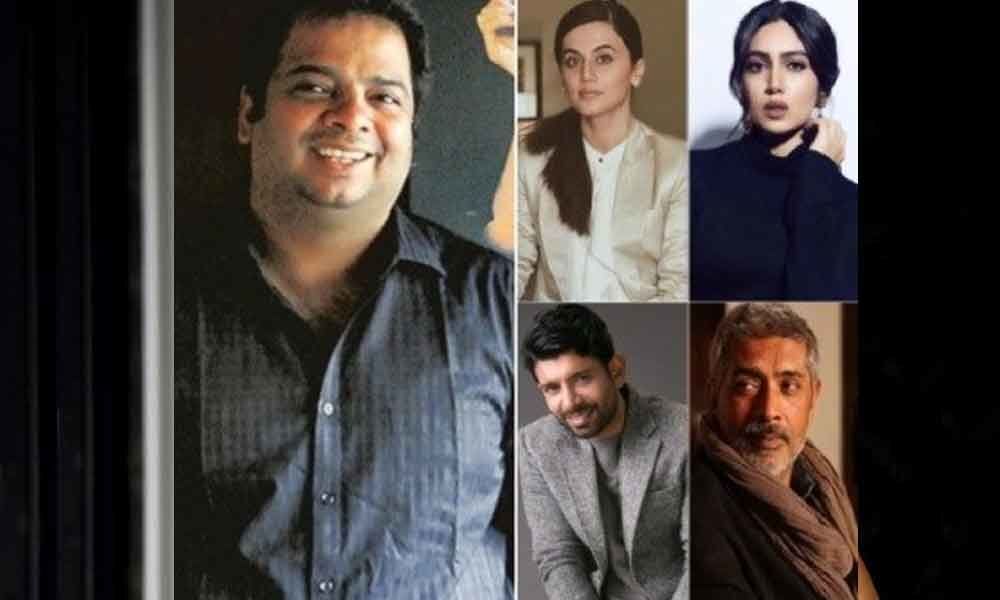 Tushar Hiranandani is making his directorial debut with Saand Ki Aankh, says he is enjoyed working the entire ensemble of the film.

Tushar Hiranandani is making his directorial debut with Saand Ki Aankh, says he is enjoyed working the entire ensemble of the film.

The makers of Saand Ki Aankh hosted a wrap-up party last night in Mumbai. The entire cast and crew along with Taapsee Pannu, Bhumi Pednekar, Anurag Kashyap, Tushar Hiranandani and many more graced the celebration.

The film is a biopic based on the life of sharpshooters Chandro Tomar and her sister-in-law Prakashi Tomar. The movie stars Taapsee Pannu, Bhumi Pednekar, Prakash Jha and Vineet Kumar Singh in the leading roles.

Talking about the unusual name of the film, Tushar shared some anecdote which led to the title of the film.

He said, "Saand Ki Aankh means Bulls Eye, which resonates with our film a lot. Our film is about shooting and I think we couldn't have found a better title. We love the way the title sounds. The title of the film came from a dialogue from the film; I liked the way it sounded, so I took it and named the film"

Saand Ki Aankh is produced by Anurag Kashyap, Reliance Entertainment and Nidhi Parmar. It is slated for 25th October 2019 release.