​I thought Abhimanyu Dassani was a Newcomer says Radhika Madan 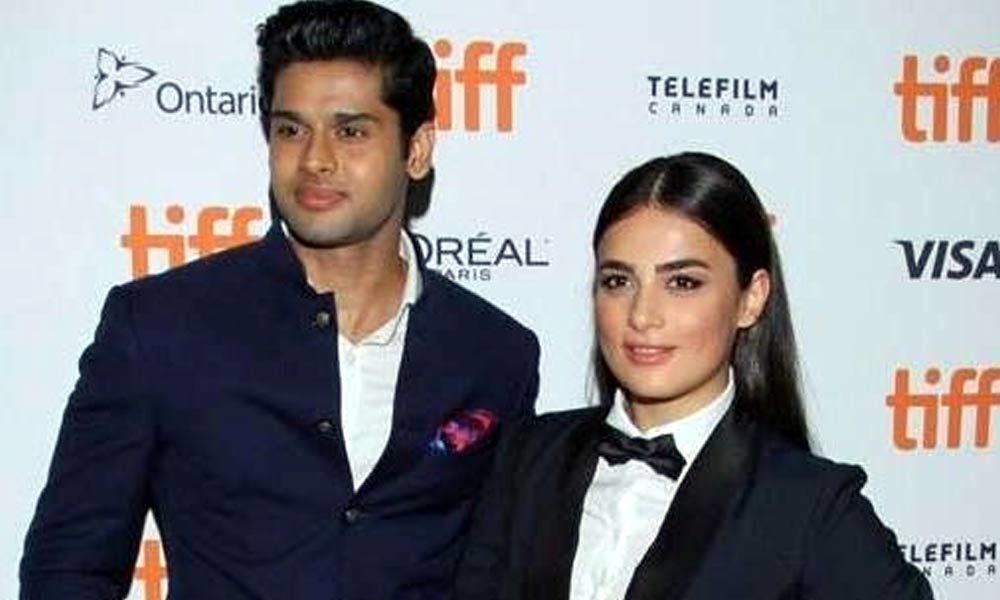 Pataakha famed actress Radhika Madan, who is geared up with her second movie, Mard Ko Dard Nahi Hota, says she had no idea that her co-star Abhimanyu Dassani was the son of actress Bhagyshree.

Pataakha famed actress Radhika Madan, who is geared up with her second movie, Mard Ko Dard Nahi Hota, says she had no idea that her co-star Abhimanyu Dassani was the son of actress Bhagyshree.

Sharing some anecdote about her early interaction Abhimanyu Dassani, who is making his debut with Mard Ko Dard Nahi Hota, actress Radhika said, "When I signed the film, I didn't know about Abhimanyu, I had no clue. I was even asking him question when I met for the first time. And I signed the film thinking of him as newcomer"

"And some three months later when we're having a reading at his house, after the reading was over, I was stepping out, and I noticed family photos and I told him, look this is Bhagyeshri ma'am, and I thought he probably has had a fan moment with her, and that is where he told me that's her mother" she added.

The film's story follows a young man who has a rare condition called congenital insensitivity to pain and strikes out on a quest to vanquish his foes.

Talking about the film, Radhika said, "I am very happy and excited, we've been working on this film for last three years, and finally the film is releasing on 21st March, so it feels, we've made it. I hope as much as we're excited to show the films to the audience, they also enjoy it that much"

The film is written and directed by Vasan Bala and produced by Ronnie Screwvala under his banner RSVP Movies.

The film is slated for 21st March release and will clash with Akshay Kumar and Parineeti Chopra starrer Kesari.