Aadi comes up with an interesting film 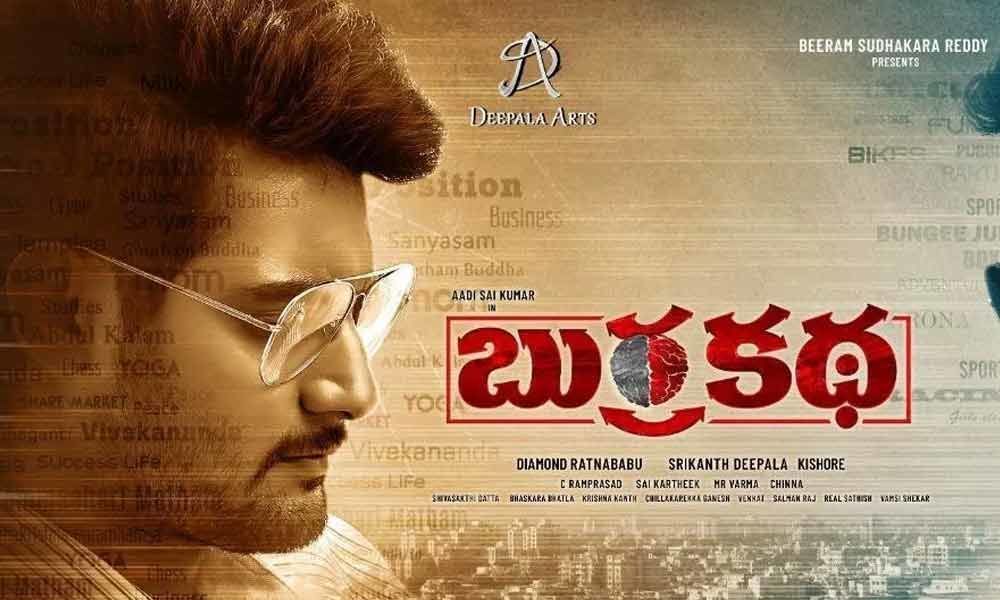 Actor Aadhi Sai Kumar has a dream launch into the industry as he scored a hit with his first film Prema Kavali itself.

Actor Aadhi Sai Kumar has a dream launch into the industry as he scored a hit with his first film Prema Kavali itself. But he failed to maintain the momentum and unfortunately, that is the only film which has remained as a hit in his entire career. Since then, he has struck in a string of flops.

The actor is hoping to strike gold again and is being choosy in picking up the scripts. Recently, he released the first look of his next Jodi and it has got a good response from the audience. Today, he released the first look of his another film, Burra Katha. Apparently, it features the story of a man with two different functionalities of the brain.

That is an interesting concept to deal with and the title looks like a perfect fit for the story. Popular writer Diamond Ratnam is making his directorial debut with this movie. Mishti Chakraborty and Naira Shah are playing the female leads in this film. The makers are planning to release it by the end of this summer.