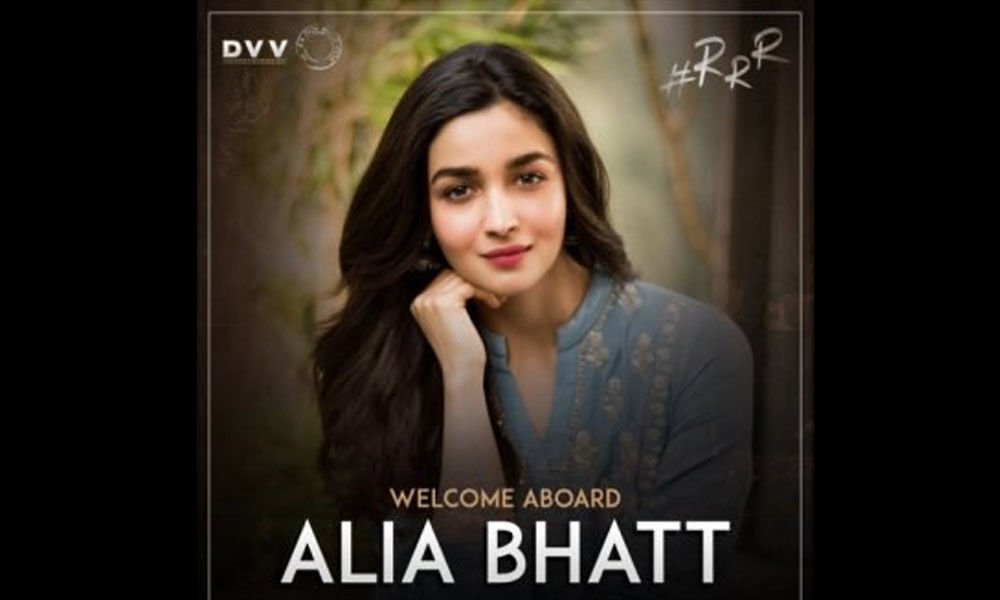 RRR is an upcoming Telugu period action film, which is scripted and directed by S. S. Rajamouli. It stars N. T. Rama Rao Jr., Ram Charan and now Alia Bhatt is also onboard. The film is made on a budget of 300 crore.

The talented actress took to her social media profile and confirmed, Alia wrote, "Today I feel truly truly grateful…Cannot wait to begin this beautiful journey with this stellar cast and massive team…thank you @ssrajamouli sir for giving me this opportunity to be directed by you.. #RRRPressMeet"

The official handle of RRR Movie also confirmed the same. It said, "Welcome aboard, @aliaa08! We are glad to have you play the female lead in our film. Happy Birthday in advance and hope you will have a wonderful journey with us..:) #RRRPressMeet #RRR @ssrajamouli @tarak9999 #RamCharan @dvvmovies @RRRMovie"

Alia Bhatt will be seen playing one of the leading ladies, and she will be paired with Ram Charan.

RRR will be a fictional story set in 1920s pre-independent era and it will be based on a few years in the lives of two real heroes and well-known revolutionaries — Alluri Sitarama Raju and Komaram Bheem.

Jr NTR will be seen as Komaram Bheem and Ram Charan will be playing Alluri Sitharama Raju.

The film is slated for July 30, 2020 release in ten Indian languages.