Charan, Upasana chilling out in Africa 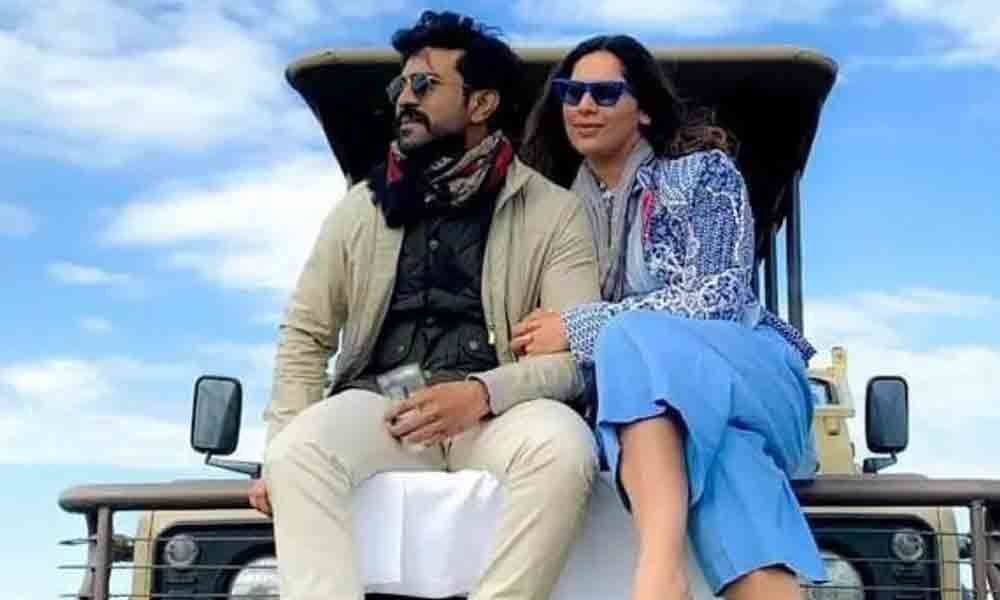 Reigning star Ram Charan and Upasana are celebrating their seventh wedding anniversary and they flew to Africa to make it special.

Reigning star Ram Charan and Upasana are celebrating their seventh wedding anniversary and they flew to Africa to make it special. Their anniversary falls on June 14 but as Charan would be busy shooting for 'RRR,' the star couple decided to celebrate it earlier.

They are currently holidaying in East Africa and the holiday lasts for a week. They would be exploring the best wildlife sanctuaries in the region. Some of the pictures from their holiday are already surfaced across social media circles.

On the work front, Charan, who is basking in the glory of blockbuster, 'Rangasthalam, will begin shooting for 'RRR'and he would have hectic days ahead. SS Rajamouli is the director and NTR is the other lead actor.

His earlier film 'Magadheera, with ace director Rajamouli was one of the top grossers in the annals of Telugu cinema.