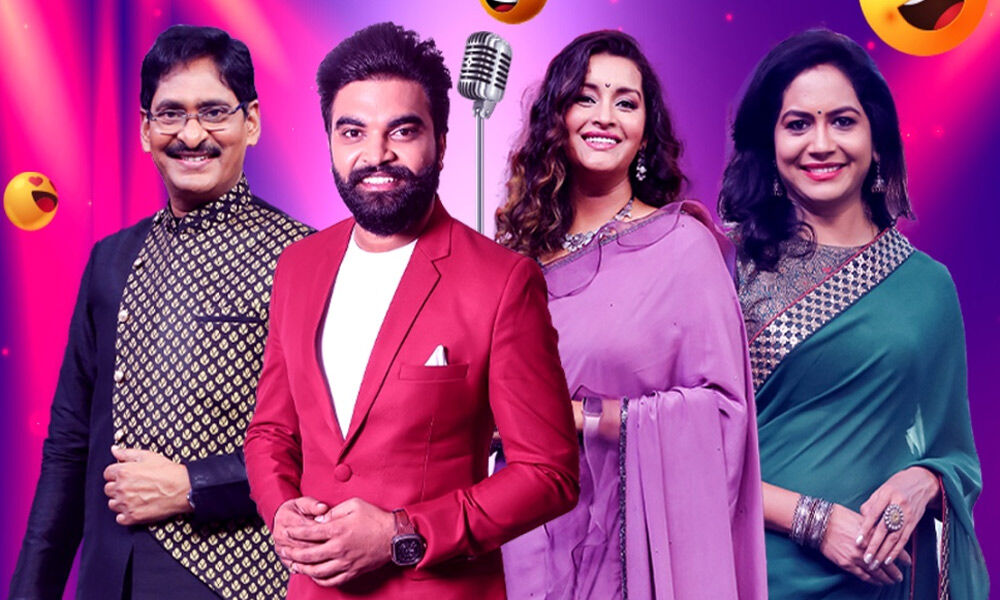 This year, the festival of Ugadi will mark the beginning of a new, much-awaited chapter.

This year, the festival of Ugadi will mark the beginning of a new, much-awaited chapter. Drama Juniors, a show that has effortlessly celebrated its triumph of four consecutive successful seasons, is back on the small screen with a novel season Drama Juniors – The Next Superstar. With the unique and laudable digital auditions that were hosted, talent across the Telugu states participated wholeheartedly from the safety of their homes.

The distinguished format of Drama Juniors, in its current season, not just celebrates the skill of acting but compliments the passion and determination with which the young aspirants imbibe this skill. Marking new beginnings with the handpicked, most-deserving contestants starts April 11th, every Sunday at 8: 00 PM. This season promises to bring alive a never-seen-before entertainment quotient – a celebration of theatre in all its glory. The talented Pradeep Machiraju will be adding his wit and charm to the show as he grabs the mantle as the host.

It will be a season of many firsts as the Creative Team builds an exciting and esteemed judges' panel. None other than the Maverick Director, Actor, Musician, and Writer - S.V. Krishna Reddy, who made a mark on Telugu Cinema will be seen making his television debut as a judge. Joining him on the panel will be the 'Queen of Melody' of South India Cinema – Singer Sunitha and Renu Desai – the Actor and Producer swap to the other side of the table to be the judge!

Coming on-board as a judge S.V. Krishna Reddy said, "Drama Juniors is an amazing platform to bring the greatest talent from the Telugu states to the forefront. The stage has given the Tollywood industry extremely talented child actors in the past who are recognized largely by the masses today. This year as well, I'm hoping to see extraordinary talent emerge from every corner of the states. Moreover, I'm going to approach this in a fun manner and am looking out for not just great actors but also best performers who can captivate us and the audiences."

Premiering on 11th April 2021 every Sunday at 8:00 PM, get ready to witness Drama Juniors – The Next Superstar only on Zee Telugu and Zee Telugu HD.