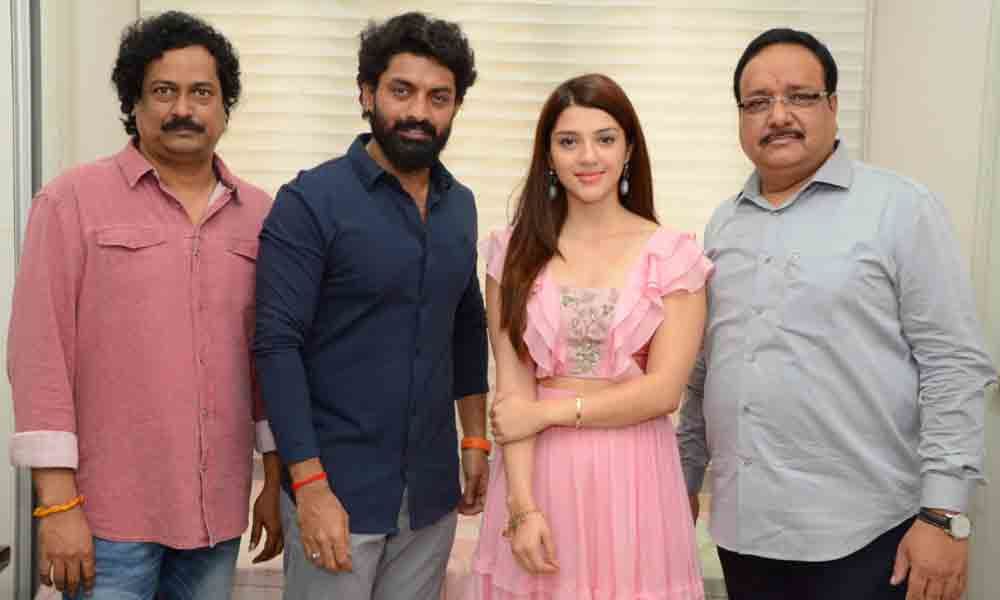 Pretty actress Mehreen plays the female lead, while it will be helmed by Satish Vegesna of 'Sathamanam Bhavati' fame. After being in the audio business for nearly three decades, Umesh is venturing into film production. Ace producer Dil Raju was the chief guest at the muhurat. The film is to be presented by Sivalenka Krishna Prasad of Sridevi Movies, who made hit movies like 'Gentleman' and 'Sammohanam.' Musician Gopi Sunder, who has back-to-back hits in the form of 'Geetha Govindam' and 'Majili' will score tunes for the film.

Speaking at the muhurat, Umesh Gupta said, "Regular shooting will commence from July 24. Satish has come up with an exciting and emotion-driven storyline. The film will be extensively shot in Hyderabad and Rajamundry."