Meet the first Rebel that India has forgotten 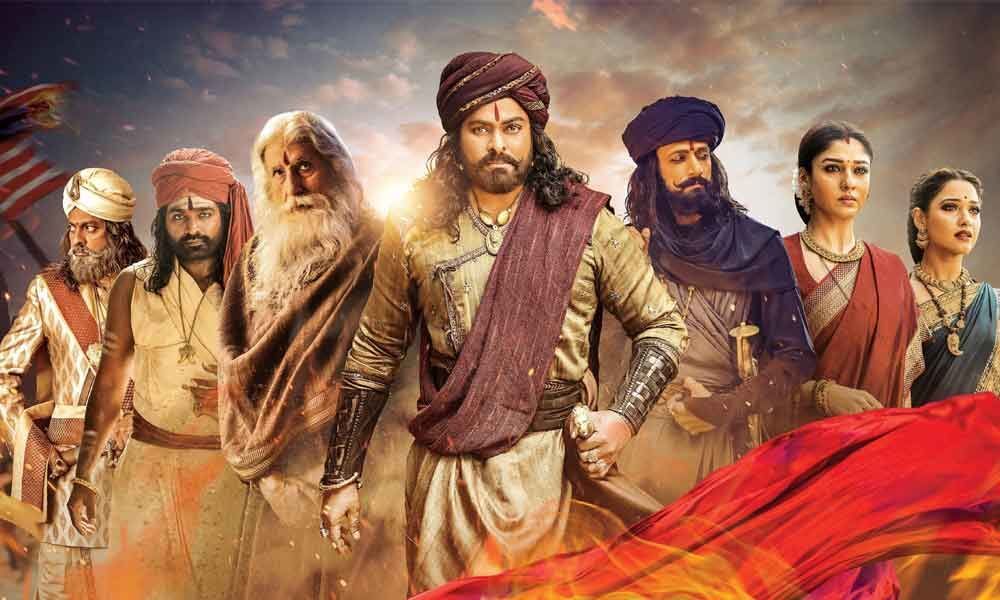 The teaser of the magnum opus, ‘Sye Raa…’, bankrolled by Ram Charan under the banner of Konedela Production Company and presented by Surekha Konidela which has megastar Chiranjeevi in the lead was released in Mumbai on Tuesday.

The teaser of the magnum opus, 'Sye Raa…', bankrolled by Ram Charan under the banner of Konedela Production Company and presented by Surekha Konidela which has megastar Chiranjeevi in the lead was released in Mumbai on Tuesday. The teaser has the tagline, "Meet the first Rebel that India has forgotten."

Speaking on the occasion, Chiranjeevi said that 'Sye Raa...' was the story of a relatively unknown and unsung freedom fighter. He felt that it was necessary to highlight the important role of Vuyyalawada Narasimha Reddy in the freedom struggle on the celluloid as most people hardly know him.

He said that he had the story of Narasimha Reddy for more than a decade but could not make a film on him due to budgetary constraints. However, with Ram Charan deciding to bankroll it and Surender Reddy agreeing to helm it, his dream project could see the light of the day, he added.

He thanked Amitabh Bachchan for instantly agreeing to do a role in this film and added that Amitabh was the only true megastar in the entire country.

In his speech, Vijay Sethupathi said that he was extremely fortunate to share screen space with two legendary actors Amitabh Bachchan and Chiranjeevi.

Tamanna said that she was very proud of the fact that it was for the first time in her filmy career that she got an opportunity to act in a historical film.

Sudeep said that he was ecstatic as he was able to act along with Big B in the film. The costumes that actors wore in the film were fantastic and he could not believe his eyes when he saw himself in the mirror with the makeup. All the actors were looking gorgeous, he added.

Director Surender Reddy said that helming the big project was an uphill task and he felt tense. However, Chiranjeevi and Amitabh Bachchan created a comfort zone for him and made him feel relaxed.