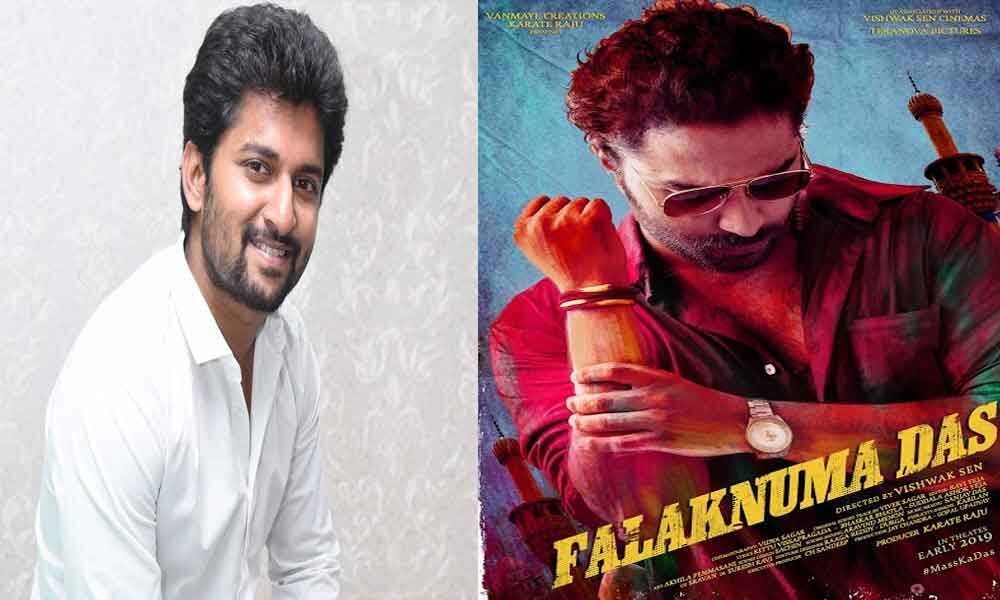 As the release date is nearing by, the hype is building high on the film, Falaknuma Das.

As the release date is nearing by, the hype is building high on the film, Falaknuma Das. Starring Ee Nagariniki Emaindi fame Vishwak Sen as the lead, this film is all set to release on May 31. Vishwak himself directed the film and also produced it. Thus, he is pinning all his hopes on it.

Today, the makers have officially announced that the film's pre-release event will be held at JRC Convention, on May 27. They also innovatively named the event as 'Das Ka Damki.' Natural Star Nani will grace the event as the chief guest. All the fans of Falknuma Das are invited to this event.

Falaknuma Das is an official remake of Malayalam film Angamaly Diaries. It is being present by Rana Daggubati under Suresh Productions. Tarun Bhascker, Saloni Mishra, Harshita Gaur and Uttej played the other leads in it. Vivek Sagar composed the music.