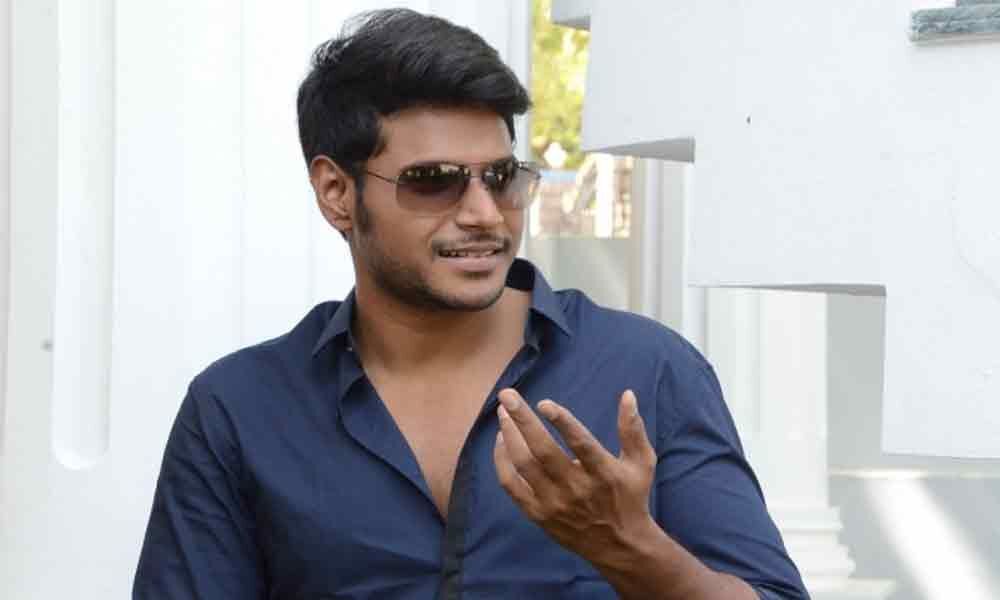 Ahead of the release of 'Ninu Veedani Needanu Nene' on July 12, Sundeep Kishan talks about the movie, what makes it so different, why it's not a regular horror flick, why he turned a producer and more.

Ahead of the release of 'Ninu Veedani Needanu Nene' on July 12, Sundeep Kishan talks about the movie, what makes it so different, why it's not a regular horror flick, why he turned a producer and more.

*Did you do the movie only because of the genre?*

Honestly, I never wanted to do a horror film. I enjoy watching horror movies but I used to feel that an actor wouldn't have much scope to act in the genre. Even when the genre had a boom period, I stayed away from it. But when director Caarthick Raaju narrated the script, I felt the film goes beyond horror. It's more emotional and I wanted the audience to experience it. The film flips between future and present. The story is partly set in 2043.

*You have described it as a multi-genre film. What makes 'NVNN' different from others?*

Horror is a universal genre that can be enjoyed by all sections of audience. There have been novel films in the genre - like 'Ekkadiki Pothavu Chinnavada', 'Gruham', 'Prema Katha Chitram'. As I said, my film is more than just horror. The audience will not say that 'NVNN' is just a horror film after watching it.

*What about humour quotient?*

There definitely is comedy in the film but it's not there for the sake of it. The audience will enjoy the entertainment quotient in the film. Posani Krishna Murali garu's character is extraordinary.

*The visuals in the trailer and the songs are really good. Tell us about that.*

The technicians, like SS Thaman (music director), were chosen keeping the genre in mind. I must say that the film is high on technical finesse. The singles released so far have become hits. There is a single which hasn't been released to make sure the story doesn't get revealed. You will enjoy it in the movie. As I said, the film shows how the future is going to be 20 years or so from now. It's been imaginatively done.

*What made you turn a producer?*

As everyone knows, I haven't had a hit in the last two years. Three of my films flopped and every time I could discover what went wrong only after they were made. I can't blame anybody for my choices. I have turned a producer to take charge of things. Even promotions of 'NVNN' have been carried out in a novel way. We started with posters in washrooms. As a producer, I have the freedom to do things the way I want. When I am not a producer, it's not my money and I wouldn't have much freedom. My producer needn't believe in what I believe in. If an actor insists, it will be called interference. Most of the times I made conscious, careful decisions, they have worked for me.

*How confident are you about the success of 'NVNN'?*

We are totally confident that the film will do well. If I am saying the film is very very good, the audience might say it's very good or good. They won't say it's bad. That much we are sure right now. We have successfully sold the film across all territories. Anil Sunkara garu is presenting the movie.

Some big names have bought the Hindi remake rights of 'NVNN'. They liked it instantly. Actually, they don't get pleased so easily. If they are stunned by our film, you can imagine. I don't want to reveal their names now.

*It seems you are going all out to promote the film. Isn't it?*

We are spending everything that we earned as a pre-release profit in promoting the film. We have held test audience screenings as well. We have taken care of all aspects. The trailer has shown the screenplay of the film. There is more to the film, as it includes multiple elements. Those who have loved the trailer will love the film even more.

*Your director has made it to this stage after much wait. Tell us about him.*

The film should work for my director as well as the heroine (Anya Singh). My director had left a lucrative job years ago to chase his dreams. My heroine was through difficulties in her personal life for two years. They deserve all success.

*How have you seen your failures in recent years?*

I almost went into borderline depression. I travelled to the US to get rid of it. I don't discuss my professional matters with my family. The one person with whom I share things is my sister, who works for Euros. She is highly talented. After returning from the US, 'NVNN' was selected after listening to more than 30 stories. I believe that you have to create your own opportunities.

When 'Sneha Geetham' and 'Prasthanam' came, nobody knew Sundeep Kishan. I have since gone on to do films in three languages. I want to achieve more. I want to do bigger films, films bigger in terms of premise, visuals, scale and canvas, not budget. I have scored well in Tamil and Hindi but not that well in Telugu. It's like losing on the home ground.

*What about your stint with digital media?*

I have done a pucca action-driven role for Amazon. Raj-DK have directed it. Titled 'The Family Man', it's a high-budget action thriller.

*How is your restaurant business going?*

I established the restaurant for financial security for my parents and sister. I have done 12 films for free in my career. That's why I need to always have financial backing for my family. I have to give back to my parents. My restaurant is doing well and I am happy.

*What next immediately after 'NVNN'?*

'Tenali Ramakrishna BA BL' is a humorous film, whose story has been adapted by G Nageshwar Reddy garu. It's a complete genre shift from 'NVNN' for me.