This 'Sulthan' is all about riots and ryots 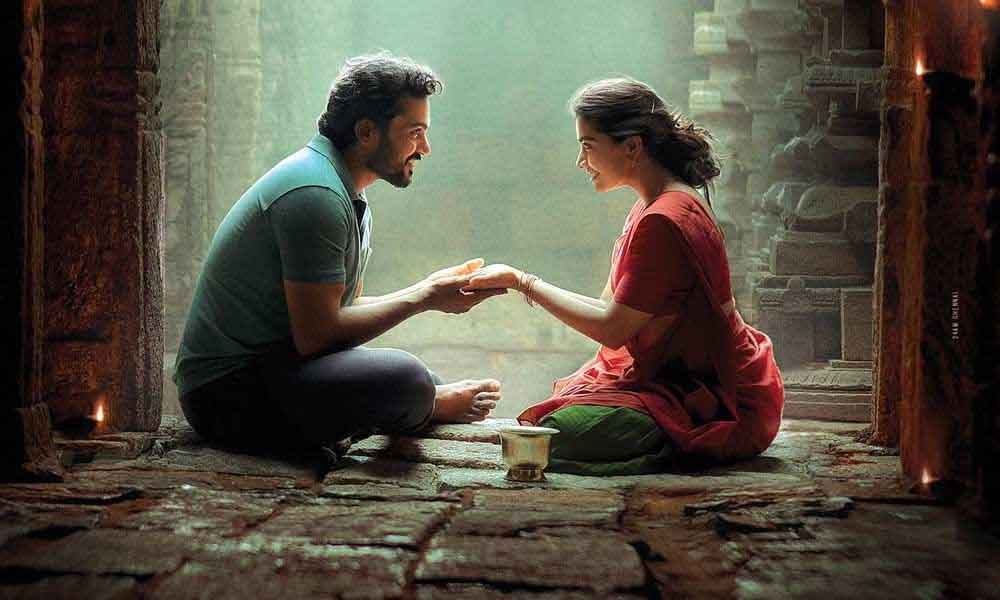 This ‘Sulthan’ is all about riots and ryots

Reaching close to the quarter-century mark in a career of nearly 15 years in Tamil cinema, Karthi, the younger brother of noted hero Suriya has a...

Reaching close to the quarter-century mark in a career of nearly 15 years in Tamil cinema, Karthi, the younger brother of noted hero Suriya has a catchment uniquely his own in Telugu cinema.

With a next door neighbour look and an easy presence onscreen, this star has had quite a few successful films in recent times. His last film ' Khaidi' was highly appreciated for its tight narrative and interesting twists throughout its running time.

His recent 'Sulthan' is the next big film from Chennai to be released all over the world theatrically after Vijay's 'Master' in January, which swept the cash counters. Affected by coronavirus onslaught, the film had to wait for more than six months after completion to find its way on the silver screen.

Raised by a father (Napoleon) who is a local don with an army of evil guys who are riotous in behaviour and bloodthirsty by disposition, our hero is shown as a Mumbai returnee wanting to change things back home. However, it is easier said than done. Things get hotter when the local cops stage an encounter in which his don dad escapes narrowly.

Using it as a trigger, Karthi promises to reform the bad guys and promises to the police commissioner (Harish Peerady) that he will make them all turn a new leaf in six months. From here on, the story travels deeper into the rural parts of the State, where the hero lands with his 100-strong hoodlums to honour the promise of his father to free it from the clutches of a land-grabber mafia.

How it all turns out well, with the hero winning the heart of the deglamourised heroine (Rashmika Mandanna) while fulfilling his late father's promise is the remaining part of the nearly three-hour film.

As expected, Karthi manages a high level of watchability and Rashmika, who makes her debut in Tamil cinema ends up doing justice to her limited role. The uneven pace in the first half, where the hero is torn between his romantic pursuits and reformatory role is largely covered up by a faster pace in the second.

The over-the-top performances of the bad guys riles the audience here and there but Malayalam actor Lal does full justice to the sheet anchor role he essays, playing the bridge between generations.

Stunt sequences by Dhilip Subbarayan are engrossing while Yuvan Shankar Raja manages to hold attention for one song in the movie.

Upholding his promise, the hero sees to it that the gang members turn ryots in the end enjoying the fruits of a bountiful harvest in the village, where they stay and endeavour. 'Sulthan' is ultimately, a passable entertainer good for a one-time watch.