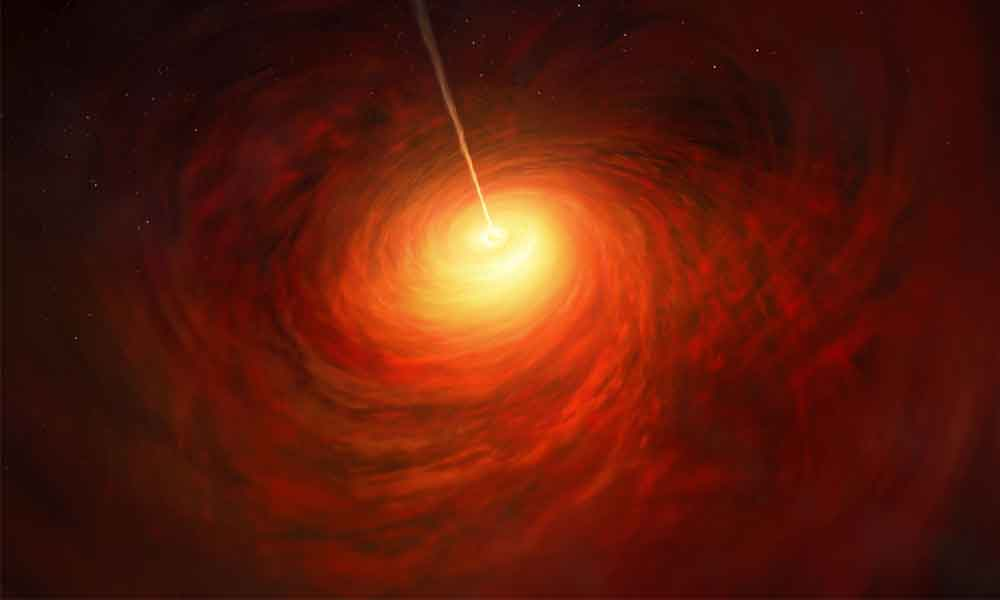 Scientists have developed a new technique to track the huge bubbles of gas threaded with magnetic field lines that are ejected from the Sun, disrupting space weather and causing geomagnetic storms, satellite failures, and power outages.

Scientists have developed a new technique to track the huge bubbles of gas threaded with magnetic field lines that are ejected from the Sun, disrupting space weather and causing geomagnetic storms, satellite failures, and power outages. As the ejections from the Sun, technically called Coronal Mass Ejections (CMEs), cause various disturbances of the space environment, forecasting their arrival time is very important.

However, forecasting accuracy is hindered by limited CME observations in interplanetary space. Software named Computer Aided CME Tracking Software (CACTus), based on a computer vision algorithm, was so far used to detect and characterise such eruptions automatically in the outer corona where these eruptions cease to show accelerations and propagate with a nearly constant speed. However, this algorithm could not be applied to the inner corona observations due to the vast acceleration experienced by these eruptions. This severely limited the capability to track the eruptions as CMEs accelerate in the lower corona.

Moreover, with the advancement in space technology, there has been a tremendous increase in the amount of data obtained from spacecraft. To identify and track the solar eruptions in huge number of images can become tedious if done manually. Research led by Indian scientists from Aryabhatta Research Institute of observational sciences (ARIES), Nainital, an autonomous institute, along with their collaborators from Royal Observatory of Belgium, has led to the development of an algorithm, CME's Identification in Inner Solar Corona (CIISCO), to detect and track the accelerating solar eruption in the lower corona.

CIISCO has been successfully tested on several eruptions observed by space observatories, including Solar Dynamics Observatory and Solar-Terrestrial Relations Observatory, PROBA2/SWAP launched by NASA and ESA, respectively. What is its significance for the common man? CMEs travel outward from the Sun at speeds ranging from slower than 250 kilometres per second (km/s) to as fast as near 3000 km/s.

The fastest Earth-directed CMEs can reach our planet in as little as 15-18 hours. Slower CMEs can take several days to arrive. They expand in size as they propagate away from the Sun and larger CMEs can reach a size comprising nearly a quarter of the space between Earth and the Sun by the time it reaches our planet. The more explosive CMEs generally begin when highly twisted magnetic field structures (flux ropes) contained in the Sun's lower corona become too stressed and realign into a less tense configuration – a process called magnetic reconnection. This can result in the sudden release of electromagnetic energy in the form of a solar flare; which typically accompanies the explosive acceleration of plasma away from the Sun – the CME.

These types of CMEs usually take place from areas of the Sun with localised fields of strong and stressed magnetic flux; such as active regions associated with sunspot groups. When these flux ropes reconfigure, the denser filament or prominence can collapse back to the solar surface and be quietly reabsorbed, or a CME may result. CMEs travelling faster than the background solar wind speed can generate a shock wave. These shock waves can accelerate charged particles ahead of them – causing increased radiation storm potential or intensity. The research is essential and important for our own survival.