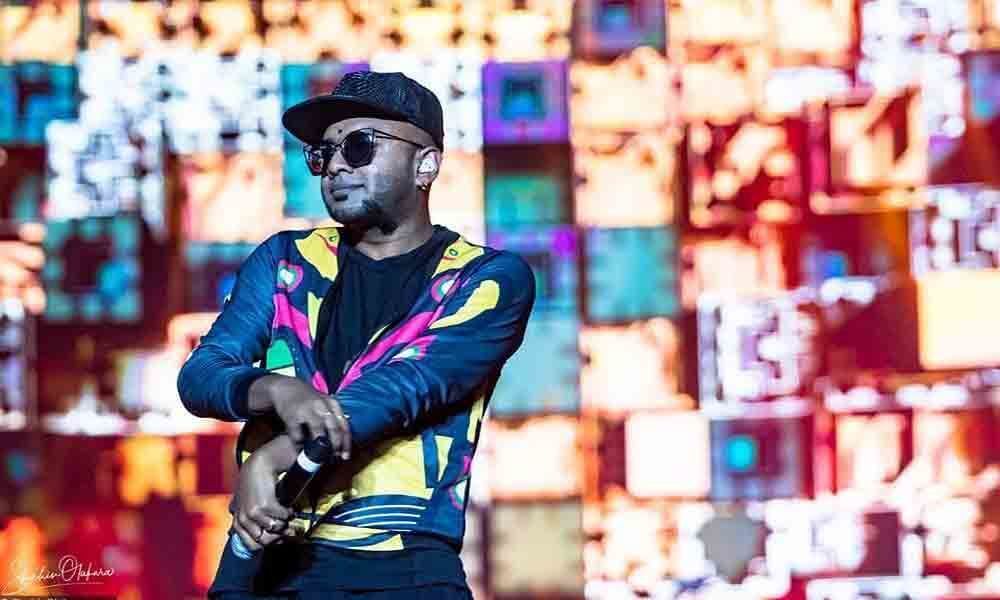 Benny has been performing in Hyderabad since 2007 and the singer feels that Hyderabadis are humble people and he is also fascinated with the Hyderabadi language.

Benny has been performing in Hyderabad since 2007 and the singer feels that Hyderabadis are humble people and he is also fascinated with the Hyderabadi language.

Benny, who has lent his voice in Bollywood films like 'Befikre', 'Kapoor and Sons', 'Bang Bang', among others is also a popular voice in Tamil, Telugu, Malayalam, Kannada, Bengali, Gujarati and Marathi languages films.

Apart from singing Benny also dabbled with acting. He made his acting debut with the Malayalam movie 'Of the People'. Benny informs that he has been singing from age four.

Speaking about the current changes that he observed in the music industry since his foray in the industry he shares, "There are a lot of changes, it evolved so much from making music for movies, theatres and television, and now we are making it for theatre, television, YouTube, Instagram, Twitter, etc, which are broad platforms."

Benny has a degree in journalism and choosing music as his career was certainly an interesting journey.

"I chose journalism in my graduation just to know the right path and figure out a way for my career. And I felt singing is the apt career for me."

About his most memorable tracks, the playback singer says, "'Kundanapu Bomma' from the Telugu movie 'Yemaaya Chesav' and 'Kaise Mujhe Tum Milgaye' from Hindi film 'Ghajini' are the most memorable recordings for me.

And it was my birthday when I was recording 'Kaise Mujhe…' and I think that is why it is somewhere close to my heart."

The playback singer says that it is all about the connection with the song and not the garner that brings him close to music.

Commenting on the trend of remake songs he says, "We should accept the change. If you cannot accept change you cannot live a peaceful life as you will be stuck around and won't be able to move forward.

You have to be open to the fact that no matter what these changes will happen. That's what we can see now, every day you have an obstacle and I would like to quote an amazing singer Vijay Prakash in this regard: 'Every year in my life is an exam. I should make sure I have to pass it'.

So, it's all about how you overcome and accept change."

Benny is a trained Carnatic singer and Bharatanatyam dancer. "Classical music and dance have been part of life since my childhood and I am glad that it happened."