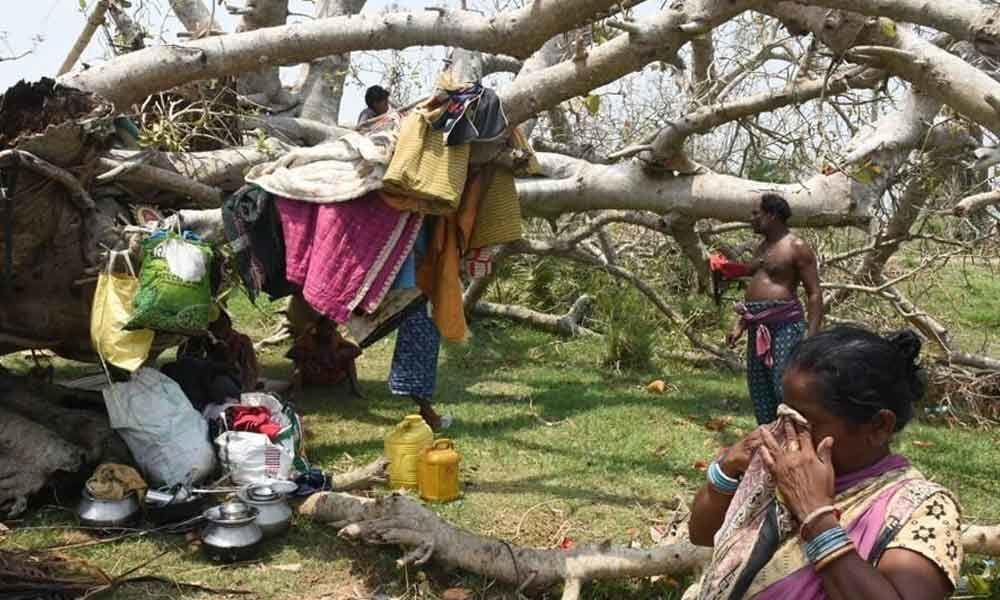 The weather agency and Odisha State must look out for new ideas, focus on immediate response and long-term recovery instead of celebrating the...

This scale of impact and consequent mismanagement reminds one of the 1999 Super Cyclone. The ruling party at that time lost in the Assembly elections that followed the cyclone and poor cyclone management was widely considered a major factor.

Soon after Cyclone Fani passed, the Odisha government was quick to point out its zero-casualty policy and its timely effort in evacuating 1.2 million people within 24 hours that minimised the human death toll.

India Meteorological Department (IMD), on the other hand, has received acclaim for its accurate forecast that prevented a repeat of 1999. IMD certainly did an excellent forecasting job.

However, a week after landfall there is no clarification from the meteorological agency on the exact place of landfall or if there was any storm surge.

Prior to landfall, Fani was predicted to pass from between Gopalpur and Chandbali on Odisha coast with maximum chances of it being south of Puri.

Given the scale of impact in Puri and Khordha districts, one is inclined to speculate that it possibly crossed north of Puri instead of south.

If that is true, the forecast still remains fairly accurate in consideration of the general error margin inherent to meteorological prediction.

But from disaster management's point of view, this carries a much larger implication because a north of Puri landfall brings Capital Bhubaneswar within proximity of the storm.

This is when it was never expected that Bhubaneswar will be crippled for days together as it eventually was. A paralysed capital means emergency response capacity of the state administration is significantly reduced.

The second aspect is the large-scale evacuation carried out in Odisha before landfall.

First of all, the State government deserves credit for its proactive effort but at the same time it fails to distinguish between a killer cyclonic storm characterised by high tidal inundation and other high-intensity cyclones which cause damage due to wind and rain.

Historically, cyclones that are associated with high death tolls have a common feature, which is significant tidal or storm surge.

For example, the 1999 Super Cyclone reported as much as 30-feet-high tidal wave during which coastal inundation was up to 20 kilometres inland.

It is because of such an inundation that around 9,000 out of total 10,000 reported deaths were concentrated in one block Ersama where the cyclone had hit.

Similar features are seen in other killer cyclones as well, such as Bhola cyclone Bangladesh 1970, Rajnagar, Odisha cyclone 1971 and Diviseema cyclone in Andhra Pradesh in 1977.

Fortunately, as of now, neither IMD nor State authorities have reported significant coastal inundation due to tidal surge during Fani.

In that case, evacuation efficacy is to be evaluated from the point of view of deaths caused due to building collapse, tree uprooting or inland flooding, debris flying etc.

Also, it is high time the State government provides evacuation details such as number of people taken to safe shelters district-wise or block-wise so that it becomes clear which specific areas were given priority and which were overlooked.

Notwithstanding accolades from various international agencies including UN, the State government did not put out those reports even after a similar mammoth evacuation exercise was conducted during Cyclone Phailin in 2013.

Ever since the cyclone hit the State, major parts of the affected districts are without regular electricity service leading to severe disruption in drinking water supply.

Bhubaneswar is among the worst-affected where electricity, drinking water, mobile communication, banking and business have been partially restored.

Much less information is available about other districts, particularly Puri — the most affected.

The emerging scenarios in these affected regions suggest the nature of devastation is comparable to 1999 Super Cyclone and in many areas, people claim it is more than that.

There are reports of protests by citizens, demanding food and drinking water.

Government agencies and their staff are severely constrained due to breakdown of power and communication system are working round the clock but are simply overwhelmed by the enormity of tasks at hand.

There is still no preliminary report of the overall damage and losses while urgency is expected in every domain including compensations for house damage or crop losses as well as restoration of essential services.

To put it in perspective, it is not that people on ground are not putting their best effort but more like a situation where the overall result is far from satisfactory.

It is for such scenarios, that the National Disaster Management Act (2005) envisaged a comprehensive framework for undertaking disaster response and accordingly the Government of India introduced a management approach called Incident Response System (IRS) which each state was expected to follow for their emergency response.

A national guideline was also released by NDMA in 2010 to this effect. Had Odisha government adopted such an approach, it would have allowed a far more effective utilisation of resources and a much better result.

The crux of the matter is that disasters are expected to cause such disruption and being unprepared for it shows one's weakness and vulnerability.

Finally, why did the cyclone cause such extensive damage? Was it because of its sheer intensity like wind action or was it vulnerability of our built system?

Take the case of another very severe cyclone — Thane — which hit Puducherry and neighbouring Cuddalore on New Year's Eve in 2011.

Power supply was disrupted but was restored within less than 12 hours, in parts of Puducherry.

The difference was because of under-Earth electricity cables as storms generally impact over ground electricity poles.

Odisha had an opportunity to learn this lesson after Phailin as there were reports of large-scale damage to electricity poles but failed to invest in disaster risk-reduction measures.

Since Cyclone Fani's management has just started and includes long-term recovery, it will be in the interest of the state to look out for new ideas and focus on immediate response and long-term recovery instead of complacency over claimed evacuation success.

Biswanath Dash (The author is assistant professor in the Department of Humanities and Social Science, BITS Pilani, Hyderabad Campus. Courtesy: Down to Earth)