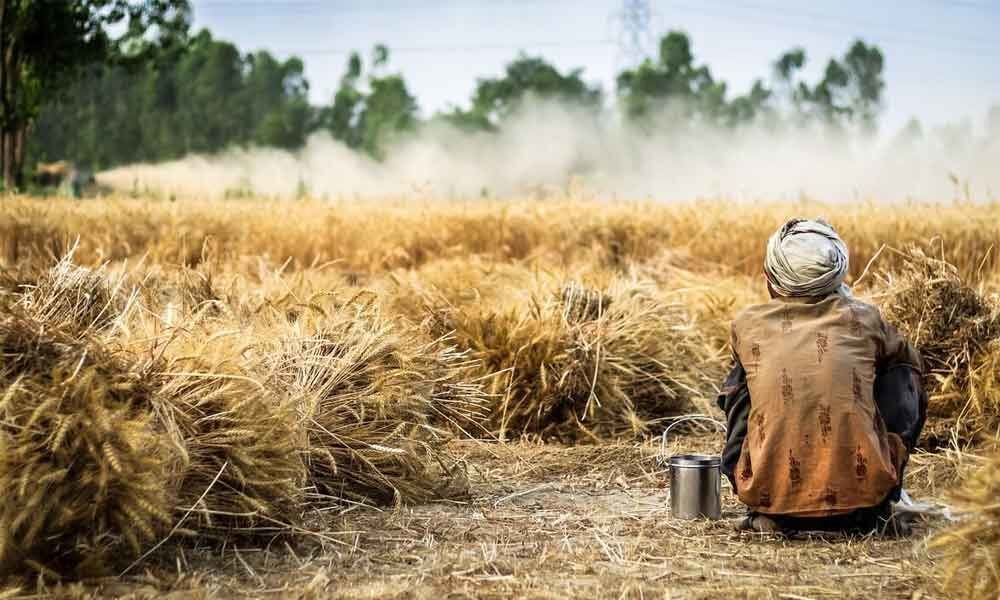 Sustainable development, pollution, employment generation and agrarian crisis did not play major roles in deciding the outcome of the 2019 general elections. That doesn’t mean that these issues are peripheral, and the new government must address them effectively

The results of elections 2019 are in and the old government is the new government. What should be its environment and development agenda? To answer this, we must understand the narrative and the results of these elections.

In the 2019 elections, development was not an issue — even though there is distress in rural India, employment is a huge crisis, droughts in many parts have reached a crippling point, tribals are apprehensive that their land will be alienated and pollution has grown to be a public health emergency in many parts of the country.

It could well be argued that as people have voted effusively for the same government therefore, these issues are not important; or worse that they are not real.

If that is the case, then government would be more than right to move ahead without any credence on these matters. Or that government will be confident that it has already fixed these problems and that their current policies are working to everybody's benefit. All is well. Otherwise, people would have spoken differently.

But this is where we must not let the 2019 elections become a referendum on the policies of the past five year. In my view, while democracy has indeed spoken but the verdict is not so simple to read.

One, it is not a vote for development because it is a fact that the real issues of development were never the agenda. The Opposition completely failed to make this an election about the need for inclusive growth.

And two, people voted against change, but this is because they voted for a strong leadership. Indians, like many others in this increasingly insecure, nasty and uncivil world, are voting for masculine leaders who they believe will protect them from the unknown.

What then is the agenda for the government? One, most importantly, is the agrarian crisis — it is real and urgent. The fact is farming is increasingly an unremunerative business putting millions of people at risk of no-work; real distress and with no other option but to join the ever-growing league of illegal settlers in urban areas.

This business is further battered by cruel turns and twists of unseasonal weather and the fact that farmers are caught between the pincer of surpluses of produce that drive down prices and scarcity that allow for imports to thrive.

In the past five years, government has worked on two key aspects—one to provide insurance support to farmers buffeted by crop losses and to provide development assistance to meet basic needs—housing, toilets and gas cylinders to the poorest households.

But much more is needed to be done to ensure that farmers' cost of input is not higher than the price of their produce; that they have water-irrigation systems that allow for increased production and that crops are not allowed to be marauded by stray cattle and wild animals.

The insurance scheme must move towards real cash in the hands of farmers to withstand the vagaries of our climate-risked times.

Two, there is the desperate need for change in policies for forestry. In the past five years, government policies on this matter have been as good as nothing. There is absolutely no clarity about how forestry must provide livelihood support for poor tribals.

On the one hand, government has issued rules to make bamboo a grass and allowed for its cultivation; it has also improved the price support for minor forest produce.

But on the other hand, it has issued a draft forest policy that would put forestry and its business solely in the hands and control of the department; it has done nothing to implement and indeed build upon the Forest Rights Act, 2006 so that poor communities can benefit from the resources they live upon.

But it is also a fact that this government like the previous ones have not openly disturbed the wildlife conservation mandate.

It has continued to make the right noises about protection of animals even as it has done more (like all governments) to open up pristine forests for roads, mining or hydel projects. All said, forestry and its development for livelihood security and for conservation has hardly been a government priority. But this is the agenda for change.

Then comes the issue of local pollution—water and air—which is toxic and has huge health impacts. There is no doubt that air pollution crisis is urgent and visible; in the past few years government has acted by improving quality of fuel and has advanced vehicle technology standards and provided subsidy to equipment for farmers so that they don't burn crops.

But, all these actions, are too little too late. The government wants clean air but wants to get this by doing nothing inconvenient. There is no mandate for transforming mobility; or restraining private cars, or for ensuring that clean fuel is available and affordable.

Most importantly, it has done nothing to make pollution control stringent. We need effective deterrence. But in the past five years, the rot in our environmental institutions has deepened.

Today, most officials of our environment departments and pollution control boards genuinely believe that their work is not to control pollution but to protect industrial interests. They have little capacity; no over-sight and certainly no leadership.

The only push they get is through court action, which is seemingly against the will and want of the government of the day. This has to change if we want our right to a clean environment because it matters to our health.

The agenda for rivers, water pollution and water scarcity, has been lost to the altar of toilet building and river beautification. It is for this reason that we are witnessing droughts in large parts of the country.

Just because it did not play out in the 2019 elections does not mean it is non-existent. It will continue to eat away at the innards of our country and destroy the development dividend as every drought and every flood pushes back people into more poverty and destitution.

You can argue that this is not the agenda for the Central government. People will vote with their feet on the ground and vote on these issues when the next Assembly poll comes along. But I disagree.

These are national issues. The government, especially one which has been voted in with such overwhelming majority has to take the lead — it has to provide the leadership to take all of us to a more inclusive and sustainable future.

People have made a deliberate choice to vote against change, not because they don't need change, but because they trust that this government can deliver the change they want. Then deliver it must. Nothing less. Nothing else.

(Courtesy: Down To Earth; Writer is Director General of Centre for Science and Environment, and Editor of Down To Earth magazine)