Love him or hate him, but you can't ignore Narendra Modi 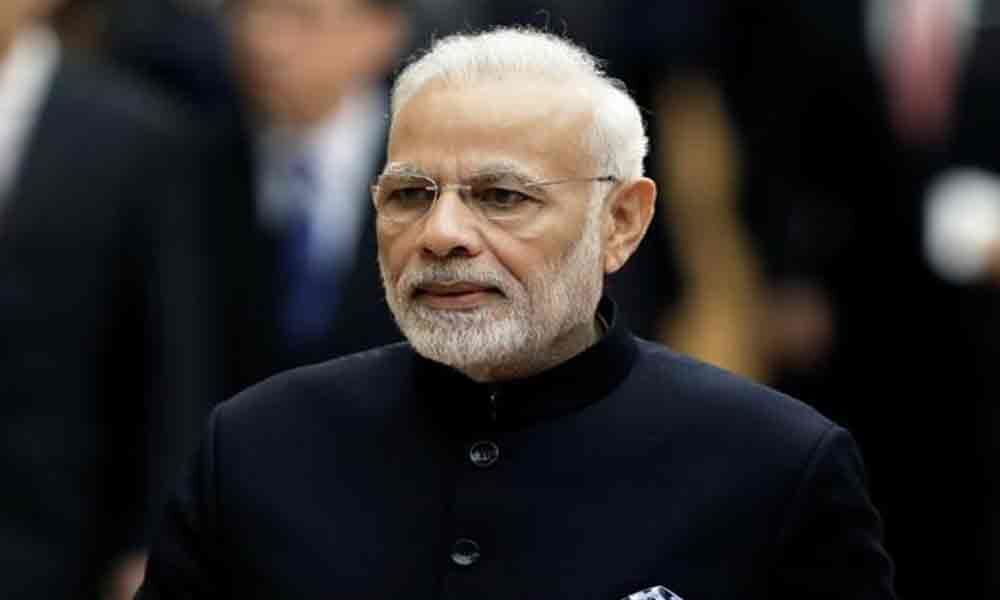 Love him or hate him, but you can’t ignore Narendra Modi
Highlights

The 22-party Opposition is fine tuning its post-elections strategy to prevent Narendra Modi from coming back to power 'at any cost' by cobbling up a...

The 22-party Opposition is fine tuning its post-elections strategy to prevent Narendra Modi from coming back to power 'at any cost' by cobbling up a coalition ahead of the results. Keeping in mind the possibility of the BJP emerging as the single largest party which could give it a strategic advantage over others in forming the government, the Opposition is striving to scuttle and preempt its chances by approaching the President.

Perhaps, Karnataka example is in its mind, where it could successfully prevent the BJP from coming to power in the State with the Congress deciding to extend support to the minority JD(S). As and when the 22-party Opposition comes to an understanding and forms the coalition without bickering over who should lead it, it could be a real challenge for the BJP and Narendra Modi especially.

Though a pre-poll alliance could not be stitched by the anti-BJP parties due to local compulsions and internal dynamics amongst them, a post-poll alliance should not pose a major challenge to the key players like Mamata Benerjee, Akhilesh Yadav, Mayawati, Deve Gowda, Sharad Pawar, Farooq Abdulla, Stalin, CPI, CPM and Laloo Prasad Yadav, N Chandrababu Naidu etc.

The Congress could only be willing to extend support to the alliance in one form or the other just to keep Modi at bay. Rather, the only compulsion of all these parties - though they raise slogan like 'save democracy' 'save the nation' etc – to oust Modi. The Prime Minister has almost been projected as the personal enemy of each and every one of these leaders and the elections campaign is a proof of this.

A second term for Modi could spell doom of the Opposition and there is every possibility of Modi planning to destroy their political careers in the future. Broadly speaking, all these leaders are afraid of the "institutional-advantage" that Modi seeks to employ and enjoy against them.

Previously we have seen how even the Congress has done it impeccably. History tells us that the party systematically targeted the rivals and push them into trouble by using the very same institutions - the CBI, the ED and the IT etc. - and sent them to jails. To keep the image of the 'high command' intact, the party had sent its allies and its own leaders to jails in the past in several scams.

An oft-repeated claim of the Congress under those circumstances was that "those leaders had been given a long rope. We don't intervene in the process. Let the law take its own course".Whereas, coming to Modi, it should be acknowledged that such attempts have only been brazen. Either there is some high office's intervention, or the fraud investigation agencies have become too independent of such authorities.

The charge of the Opposition that the institutions are being corrupted and systematically destroyed has also given an opportunity to the officials of these agencies to deploy their own agenda. Such raids by the officials might have been the outcome of strict compliance of the rules, yet, coming as they did against the Opposition leaders, their influential legislators and Parliamentarians and their business-partners, those raids and cases in the recent times tell us that there is a method to their madness.

The high-profile targets prove that the Centre sought to prevent money-flow into the coffers of the Opposition. Coming as they did just ahead of the general elections have certainly curbed the power of the Opposition. Add to this, the effect of the ECI actions and attitude. In today's politics one does not need anything more to hate someone.

The lowly political discourse which attacked not just the politics but also the personal character and nature of the leaders, the smear campaigns are all reflective of not only the post-truth politics in the country, but also of the personal animosity that has peaked among them.

Social media is fanning the hatred further. The dialogue between Mamata and Modi, Mayawati and Modi, Naidu and Modi, Rahul and Modi... the endless list proves that there is only one common factor or common thread to it - Narendra Modi.

This man inspires both love and hatred in equal measure. It is difficult to tell who is responsible for the present vitiated atmosphere in the country. Is it Narendra Modi and his janus-faced politics that have led to the highly personalised campaign or is it due to the entire anti-BJP Opposition's relentless effort to present him as a villain and dictator that we see such debased attacks?

It is this lack of catholicity in our politics which is bringing the Opposition to a common platform to prevent Modi from coming back to power a second term. How long will their unity last will be determined by the 'wish-lists' that each has in his or her pocket. Of course, all this will be in place only if the BJP is not comfortably placed and struggles to cobble up its alliance in the absence of a simple majority.

In case, it does get a working majority or manage to present its case better than its anti-block, half of those who are in the camp that Naidu is striving to shape up, will jump the wagon. One should not underestimate the BJP's post-poll engineering skills too!