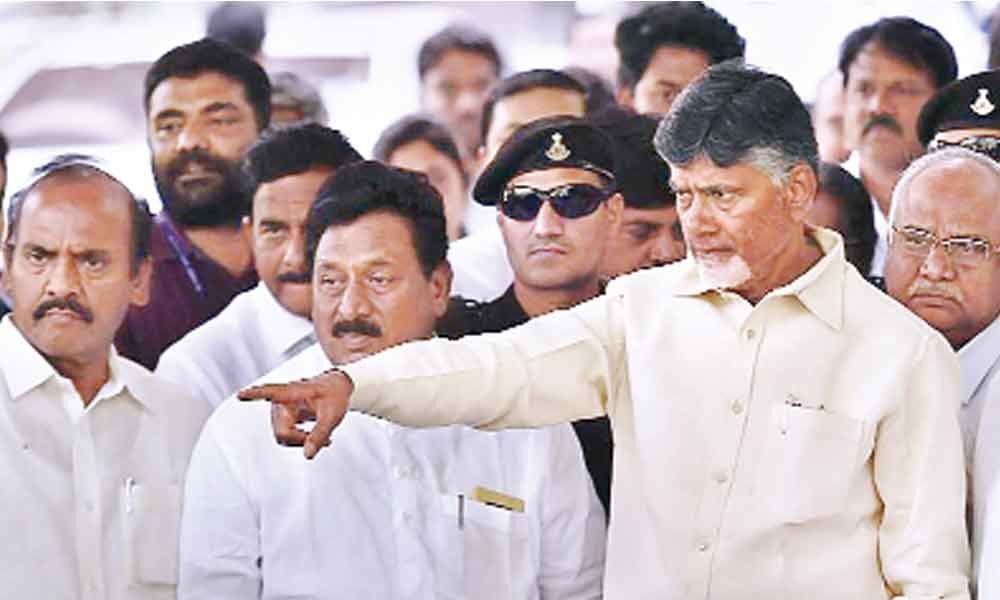 The Chief Minister went to the Chief Electoral Officer's office and gave him a big lecture stating that he is an independent functionary and cannot...

Last week witnessed certain unusual happenings in the state of Andhra Pradesh. The Chief Minister of Andhra Pradesh a day before elections thought it fit to visit the office of the Chief Electoral Officer and engage him with reference to the ongoing electoral process and spoke to him in a manner which was highly intimidating.

He also thought it fit to sit on a dharna outside his office. As soon as the elections were over, he held a press conference where in he went hammer and tongs against the Election Commission and its functioning and in the process targeted the chief secretary appointed by the election commission.

He was also highly critical about the functioning of the EVMs and their reliability and went to the extent of remarking that he does not know to which party he voted.

The behaviour of the Chief Minister was definitely not becoming of someone holding a constitutional post more so a person who established for himself a certain reputation, both at the national and international.

We were witnesses to leaders like Mamata Banerjee who sat on a dharna while being a central minister and again as the Chief Minister of West Bengal.

But then Mr Chandrababu Naidu carries a different image and all his actions in the last one week are contrary to a reputation built assiduously in the last 30 years of his political career.

The Chief Minister went to the Chief Electoral Officer's office and gave him a big lecture stating that he is an independent functionary and cannot function as a post office of the Election Commission.

The Chief Electoral Officer when the CM visited his office did the right thing of not engaging him in a dialogue and contradicting his statements which would have substantially damaged reputation and image of the institution of the Chief Minister.

He kept his head down and listened to the one-sided harangue that the Chief Minister indulged in .

The Chief Minister came along with a slew of print and electronic media and the whole conversation was captured on camera and released before elections giving an impression that the Chief Electoral Officer admitted to all the failures and had no answer to the Chief Minister and hence kept his head down.

Which in fact was not true and any attempt by the CEO to contradict the CM would have damaged reputation of the latter much beyond repair.

What the Chief Minister forgot was that his own actions were responsible for the change of the Chief Secretary.

It is this misadventure by the Chief Minister which cost the Chief Secretary his job. Regarding his remarks against present incumbent they are neither based on facts nor correct appreciation of the rule position.

When the Court quashes all the cases and on the basis of his record and seniority the officer is eligible to hold the post one is not able to understand how the Chief Minister is drawing such wrong conclusions and worse publicly airing it .

Of course as part of this electoral campaign there were political leaders who publicly uttered much worse statements but then public is not equating Naidu with such politicians .

He has a reputation very consciously built over a long period of time of a mature, balanced responsible politician. Is it a problem of the original nature not matching the reputation, hence is coming out in its true colours or a desperation of impending loss in the electoral battle responsible for such intemperate remarks by the Chief Minister of Andhra Pradesh?.