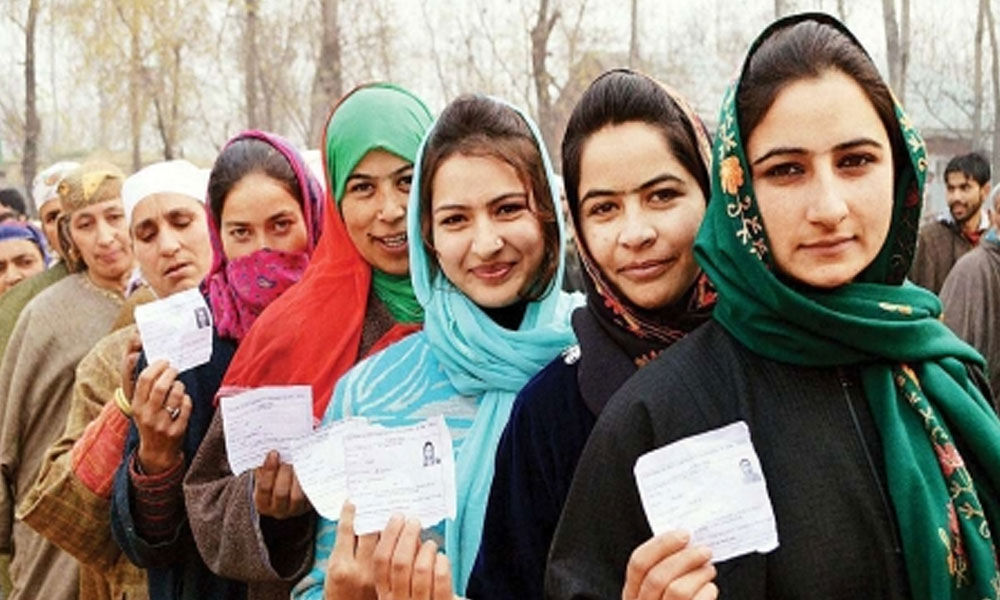 Although the main battle in the Lok Sabha and the Assembly elections in Jammu and Kashmir is likely to be between traditional rivals, yet the fate of...

Although the main battle in the Lok Sabha and the Assembly elections in Jammu and Kashmir is likely to be between traditional rivals, yet the fate of many new faces who have thrown their hats into the ring would be keenly watched.

While the main battle is going to be between the regional National Conference (NC) and Peoples Democratic Party (PDP), and the right-wing Bharatiya Janata Party (BJP) and the centrist Congress, emergence of new political forces would make the upcoming elections interesting to watch.

And one of the new political forces could be Sajad Lone-led Peoples Conference (PC), which is likely to pose a challenge to the NC and the PDP, even if leaders of these parties do not want to overplay the threat.

Senior Shia leader and former Minister Imran Raza Ansari has joined Sajad's the PC as well as some former PDP legislators.Sajad, a Minister in the Mehbooba Mufti-led PDP-BJP ruling coalition, had been accommodated by the BJP in the Cabinet from its own ministerial quota.

Sajad hit the headlines when he called Prime Minister Narendra Modi his 'elder brother' during the 2014 Assembly elections, which he won from the Handwara constituency. In the violence-ravaged Valley, a local non-BJP leader calling Modi elder brother was seen as a bold gesture.

He has denied forming any Third Front in the State, asserting his father late Abdul Gani Lone had floated the PC as a political party with its own agenda and moorings.The fate of PC candidates would be keenly watched during both the elections as Sajad has decided to field candidates in all the J&K seats.

Another party to come up is the Dogra Swabhiman Sanghathan, formed by Choudhary Lal Singh, a rebel BJP leader. Singh could field candidates for the Assembly elections and himself contest the Kathua-Udhampur Lok Sabha seat.

According to political observers, he has his pockets of influence in the Kathua district and could cut into the BJP's committed vote bank in the constituency.While the NC and the Congress are likely to shortly announce a pre-poll alliance for the Lok Sabha elections, the Farooq Abdullah-led party has decided not to repeat the pre-poll alliance with the Congress for the Assembly elections.

As far as newbies are concerned, two senior IAS officers, two judges, two retired top police officers and many other former bureaucrats and engineers would be trying their luck at the hustings this time.

The most prominent among the former IAS officers is Shah Faesal. He became a household name in the state after topping the 2009 civil service examinations, the first candidate from the state to do so.

He became a role model for thousands of Kashmiris, pursuing dreams of becoming administrators.

After serving at many senior positions in the State bureaucracy, Faesal went to the US on a Fullbright fellowship at the prestigious Harvard Kennedy School. On return, he announced his intention to give up the comforts of an assured career in the bureaucracy and join the hustle and bustle of politics.

Approached by many political parties, Faesal wants to chalk his own path. "People wanted me to form a new political party since they have tried all the old ones. I have a mission and a dream. I want to fight the system while remaining within it," he said.

He is likely to announce his new party - Jammu and Kashmir Peoples Movement (JKPM) - on Sunday. JNU students' union activist Shehla Rashid and some other prominent locals are expected to join Faesal in his fight against atrocities, rights violations, corruption and exploitation.

Another senior IAS officer Farooq Ahmad Shah recently quit the government services to join the NC. Welcoming Shah into the party, former Chief Minister and NC Vice-President Omar Abdullah said his entry would improve the party's chances to win the Tangmarg Assembly seat.Shah belongs to the Tangmarg area, north Kashmir, and is believed to wield considerable influence there because of his family background and the good work he did in Gulmarg both as the chief executive officer and later as the director tourism.

The NC has not won this seat since 2002, when Omar's uncle and senior NC leader Mustafa Kamal was defeated by Ghulam Hassan Mir of the Democratic Party Nationalist (DPN).Two retired inspectors general of police (IGPs), Raja Aijaz Ali and Shafqat Ali Watali, have also joined the NC. While Ali is expected to help the NC in the Uri Assembly constituency, Watali could be fielded against Engineer Abdul Rashid (independent) from the Langate seat.

Though the Watali family belongs to the Handwara area of north Kashmir, defeating a well-entrenched Engineer Rashid would not be easy for the former police officer.Two district and sessions judges, Syed Tawqeer Ahmad and Muzaffar Iqbal Khan, have also taken premature retirement to join politics.

Thus, the electoral prospects of Sajad's PC and former bureaucrats, police officers and judges would be keenly watched in the State.Will the emergence of new political equations and individuals impact mainstream politics is a big question that only the time can answer.