Modi will need to hit the ground with economy, Pak 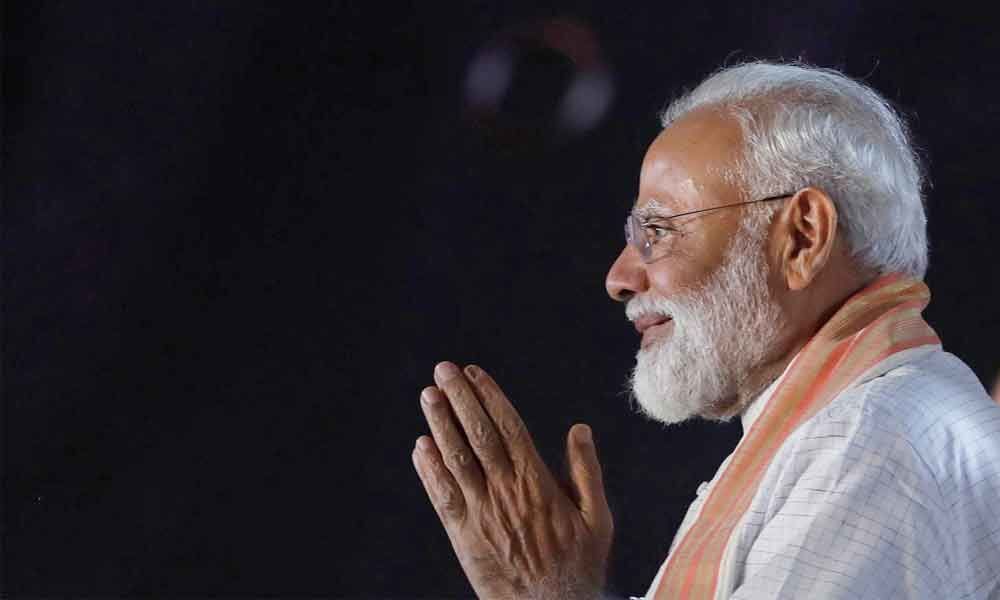 From a shortage of job opportunities and a stuttering economy to tense ties with old foe Pakistan, Indian Prime Minister Narendra Modi will face a host of challenges after winning a big majority on Thursday.

Modi's election victory was on the plank of national security, a campaign that gained strength in February when he sent warplanes into Pakistan to hit a suspected militant camp after a bomb attack in the Kashmir region led to death of 40 Indian police officers.

Investors gave a big thumbs up to Modi's victory, hoping the mandate will allow his government to push through reforms. Indian stocks surged more than 5 percent this week and hit record highs, as it became clear that Modi would clinch a second term.

The euphoria quickly evaporated though, with stocks and the rupee ending weaker, as the focus now shifts back to an economy that is faltering, even as the US-China trade war rages and global oil prices tick higher.

Modi's immediate challenge will be to boost economic growth, which fell to an annual 6.6% during October-December, its lowest in five quarters. Modi will also need to address a liquidity crisis that is slowly gripping India's shadow banks.

Other economic indicators signal no relief: industrial output and manufacturing growth, have all weakened in recent quarters, even as car sales, two-wheeler and airline passenger traffic numbers slumped in April.

"The underlying macro continues to remain bad, and we are seeing very strong signs that the economy is under pressure," said Aishvarya Dadheech, fund manager Ambit Asset Management. "When things are so bad, you don't need an unstable government on top of it."

Even if Modi wants to step up federal funding to boost growth, his hands will be tied. Lower revenue collections and populist measures announced to lure voters will pinch his new administration, making his task more difficult.

When Modi took power for his first term, global oil prices slumped, giving his government breathing room. But as he gets set for a second, rising oil prices will push the current account deficit higher and finance ministry sources told Reuters this month there was no scope of stimulus.