Right place for secessionists is jail! 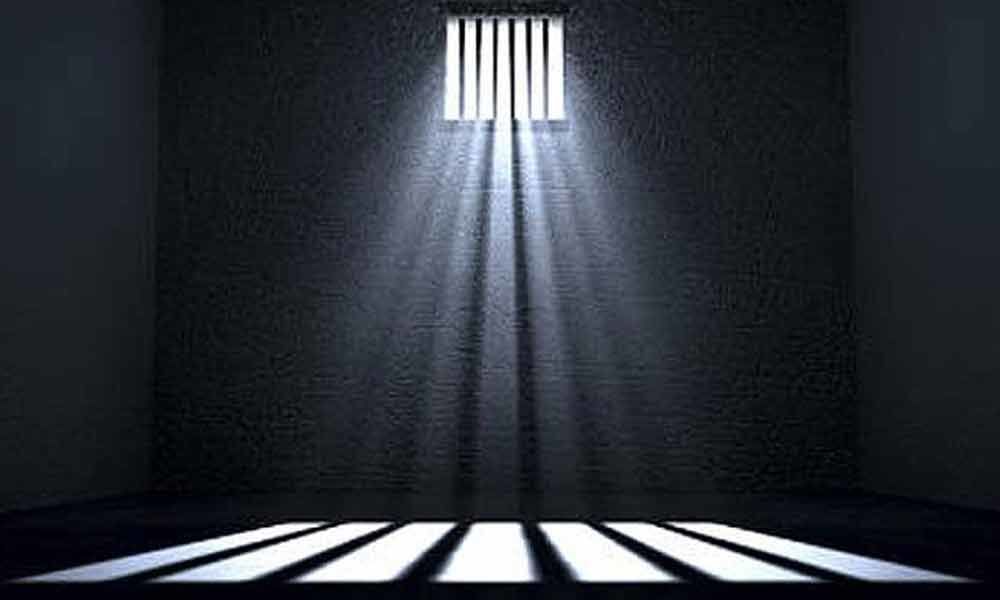 At last the inevitable has happened. The Tukde-Tukde gang has now been exposed fully. Their godfathers (godmothers included) have finally taken over the reins.

At last the inevitable has happened. The Tukde-Tukde gang has now been exposed fully. Their godfathers (godmothers included) have finally taken over the reins.

The opportunist and dynastical politicians like Farooq Abdullah and his son Omer and Mahabuba Mufti have openly in unequivocal terms declared their intentions to wage a war against India and break away from the rest of India if Articles 35A and 370 of the Constitution are annulled.

Having said so repeatedly in public in the full glare of media, these spineless politicians have joined the election race to secure the covetable seats in the Parliament.

Significantly, Clause III A of the third Schedule which prescribes a form of oath or affirmation to be made by a candidate for election to Parliament, in no uncertain terms, requires a candidate to state on oath or affirmation, that " I will bear true faith and allegiance to the Constitution of India, as by law established and that I will uphold the sovereignty and integrity of India. "

In other words, whoever wages or attempts to wage war against India cannot contest an election because the prerequisite for such a nomination is that a candidate has to 'bear true faith and allegiance to the Constitution of India.' Obviously, the leaders of two-family owned parties viz.

National Conference (NC) and Peoples Democratic Party (PDP) having openly threatened the lawfully established government of India, have not only forfeited their right to contest or put up other candidates in the forthcoming elections but have also committed the offences of attempting to wage a war and hatching the criminal conspiracy to revolt against the country with a view to secede.

This is nothing but a direct affront to the sovereignty and integrity of India. These divisive forces know it pretty well that the days of browbeating the government at the Centre have gone and now on they will no longer be treated like the pampered kids by the government.

They also know it pretty well that the Accession Deed signed and Executed by the erstwhile Ruler of Jammu and Kashmir was "absolute and unconditional." Therefore, there is no question of further continuing Articles 35A and 370 which are the mere 'temporary' provisions in the Constitution.

The leaders of NC, PDP and their cronies have made their intentions to break India into pieces by their own utterances and by extending overt or covert support to the anti-national gangs like one threatening, Bhart Tere Tukde Honge.

In view of the seriousness of the situation, it is high time that these secessionist elements were picked up and consigned to jails at the earliest. No doubt, in the present political scenario when a fresh mandate to govern is awaited, we cannot expect the present government to take such a bold decision for the fear of political repercussions .

However, the law and order and internal and external security of the country cannot be sacrificed on this count alone. The police, army and other security forces along with judiciary are duty bound to protect the safety, security and integrity of the country. Therefore, regardless of political consequences these patriotic forces and judiciary should act in unison and crack-down on such separatist elements.