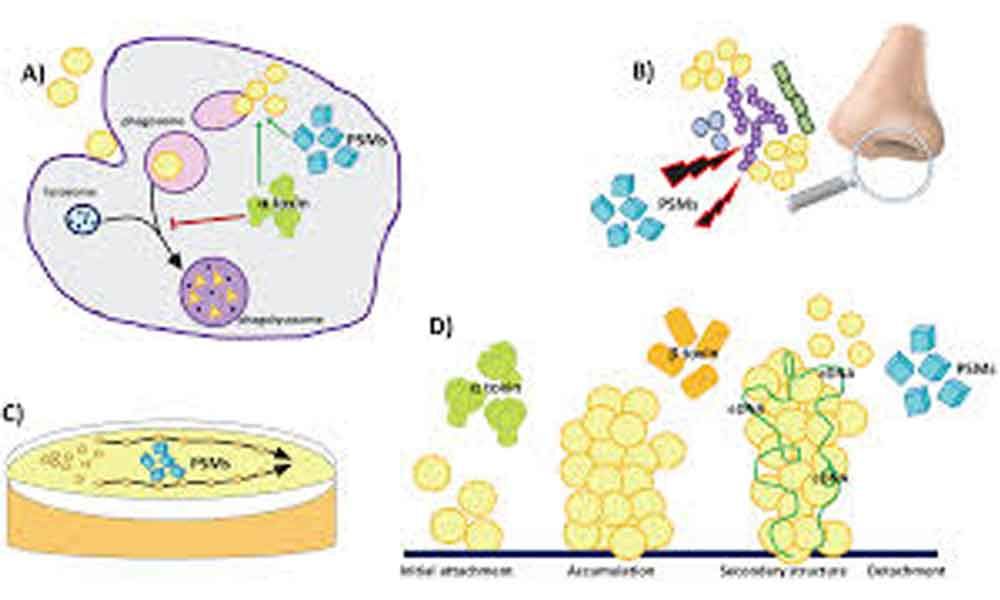 Washington: In a breakthrough study, researchers have uncovered key details as to how the Salmonella bacteria that cause typhoid fever, identifies a ho...

Washington: In a breakthrough study, researchers have uncovered key details as to how the Salmonella bacteria that cause typhoid fever, identifies a host's immune cells and delivers toxins that disrupt the immune system and allow the pathogen to spread.

The findings were published in the journal PLOS Pathogens. It provides new directions for developing treatments for typhoid fever.

The Salmonella enterica serovar Typhi bacteria that causes the fever annually infects up to 21 million people worldwide and close to 6,000 people in the United States, according to the Centers for Disease Control and Prevention.

The disease is most common in areas with poor sanitation and unsafe water and food, including South Asia, and especially Pakistan, India and Bangladesh.

The study identifies three subunits on a typhoid toxin protein, one of which is key for delivering the toxin into host cells.

"Typhoid fever is life-threatening but the underlying pathogenic mechanisms are not well understood," said Jeongmin Song, assistant professor of microbiology and immunology in the College of Veterinary Medicine. Tri Nguyen and Sohyoung Lee, both postdoctoral researchers in Song's lab, are co-first authors of the study.

"Here we show that one of the proteins secreted by the typhoid bacteria plays an important role for this pathogenic mechanism," Song said.

The study focuses on a toxin, a protein compound secreted by S. Typhi that helps the bacteria evade the host's immune response. This toxin consists of three protein subunits that form a complex.

Two of the subunits, called 'A' subunits, are enzymes; after entering host immune cells, they disrupt immune responses.

A third 'B' subunit recognizes and binds to specific target sugars on the host immune cell's surface, which initiates a process whereby the toxin enters the cell.

The findings open the door to developing small molecules that block the high-affinity trisaccharides and inhibit the toxin from binding to and entering the target cell.

"We are not saying this is all we should know," Song said, "but this typhoid toxin is essential in this important pathogenic mechanism behind typhoid fever."