Students in UP government schools to do yoga 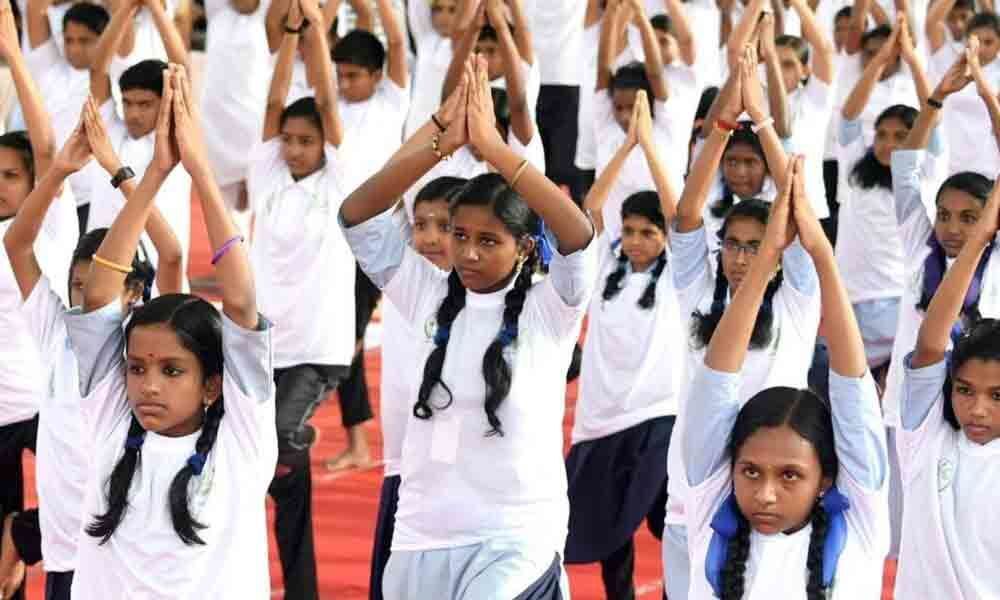 Lucknow: Students in government primary schools will now begin their day with yoga classes. Basic Education Minister Satish Dwiwedi has directed officials to implement the yoga schedule with immediate effect. The Minister has told officials to ensure that the 1.5 crore students in the government primary schools participate in a 15-minute yoga session during the morning assembly. Also, children should attend a 15-minute PT class before the school ends.

Following the recent controversy over students at a primary school in Mirzapur being served 'roti-salt' as midday meal, Dwiwedi has directed officials to constitute flying squads in all the divisions to monitor distribution of the midday meal, books, socks and shoes, school bag, and uniforms. He also sought an action plan till 2022 and a third-party social audit on the primary and upper primary schools.

Meanwhile, another video has emerged of children in a government school being served the midday meal on banana leaves. It was said that Muslim children were asked to eat on leaves, but a probe has revealed that the video is three-week old and of the two children seen eating on banana leaves, one is a Muslim and the other a Hindu.