Climate change is reshaping 50% of the world's coastlines 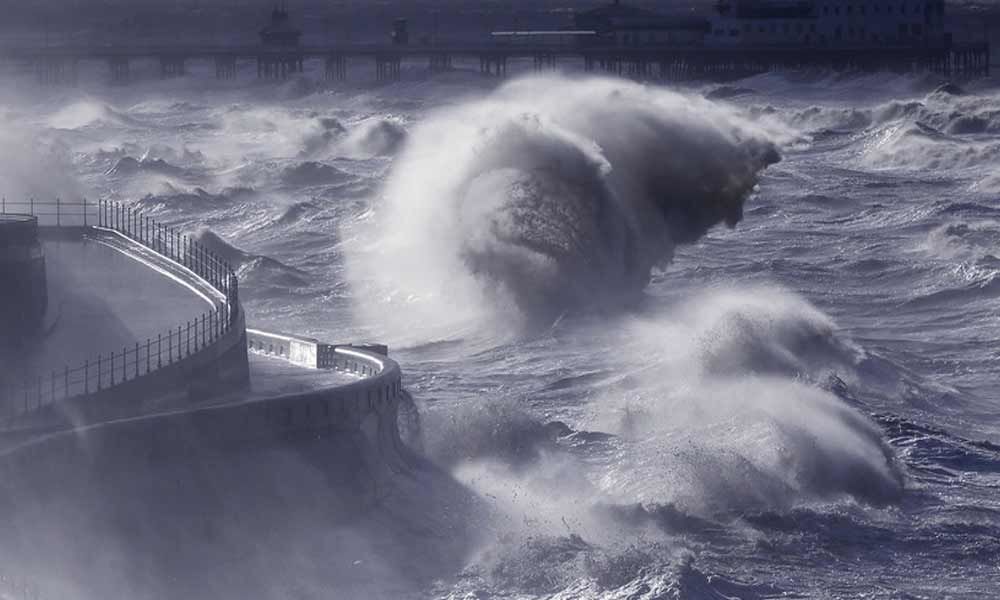 The rise in sea levels is not the only way climate change will affect the coasts. Our research, published today in Nature Climate Change, found a warming planet will also alter ocean waves along with more than 50% of the world’s coastlines.

The rise in sea levels is not the only way climate change will affect the coasts. Our research, published today in Nature Climate Change, found a warming planet will also alter ocean waves along with more than 50% of the world's coastlines.

If the climate warms by more than 2℃ beyond pre-industrial levels, southern Australia is likely to see longer, more southerly waves that could alter the stability of the coastline.

Scientists look at the way waves have shaped our coasts – forming beaches, spits, lagoons and sea caves – to work out how the coast looked in the past. This is our guide to understanding past sea levels.

But often this research assumes that while sea levels might change, wave conditions have stayed the same. This same assumption is used when considering how climate change will influence future coastlines – future sea-level rise is considered, but the effect of future change on waves, which shape the coastline, is overlooked.

Waves are generated by surface winds. Our changing climate will drive changes in wind patterns around the globe (and in turn alter rain patterns, for example by changing El Niño and La Niña patterns). Similarly, these changes in winds will alter global ocean wave conditions.

Further to these "weather-driven" changes in waves, sea-level rise can change how waves travel from deep to shallow water, as can other changes in coastal depths, such as affected reef systems.

Recent research analysed 33 years of wind and wave records from satellite measurements, and found average wind speeds have risen by 1.5 metres per second, and wave heights are up by 30cm – an 8% and 5% increase, respectively, over this relatively short historical record.

Sea level rise is only half the story

As part of the Coordinated Ocean Wave Climate Project, ten research organisations combined to look at a range of different global wave models in a variety of future climate scenarios, to determine how waves might change in the future.

While we identified some differences between different studies, we found if the 2℃ Paris agreement target is kept, changes in wave patterns are likely to stay inside natural climate variability.

However, in a business-as-usual climate, where warming continues in line with current trends, the models agreed we're likely to see significant changes in wave conditions along 50% of the world's coasts. These changes varied by region.

Less than 5% of the global coastline is at risk of seeing increasing wave heights. These include the southern coasts of Australia and segments of the Pacific coast of South and Central America.

On the other hand decreases in wave heights, forecast for about 15% of the world's coasts, can also alter coastal systems.

But describing waves by height only is the equivalent of describing an orchestra simply by the volume at which it plays.

Some areas will see the height of waves remain the same, but their length or frequency change. This can result in more force exerted on the coast (or coastal infrastructure), perhaps seeing waves run further up a beach and increasing wave-driven flooding.

Similarly, waves travelling from a slightly altered direction (suggested to occur over 20% of global coasts) can change how much sand they shunt along the coast – important considerations for how the coast might respond. Infrastructure built on the coast, or offshore, is sensitive to these many characteristics of waves.

While each of these wave characteristics is important on its own, our research identified that about 40% of the world's coastlines are likely to see changes in wave height, period and direction happening simultaneously.

While some readers may see intense waves offering some benefit to their next surf holiday, there are much greater implications for our coastal and offshore environments. Flooding from rising sea levels could cost US$14 trillion worldwide annually by 2100 if we miss the target of 2℃ warming.

How coastlines respond to future climate change will be a response to a complex interplay of many processes, many of which respond to variable and changing the climate. To focus on sea-level rise alone, and overlooking the role waves play in shaping our coasts, is a simplification which has great potential to be costly.