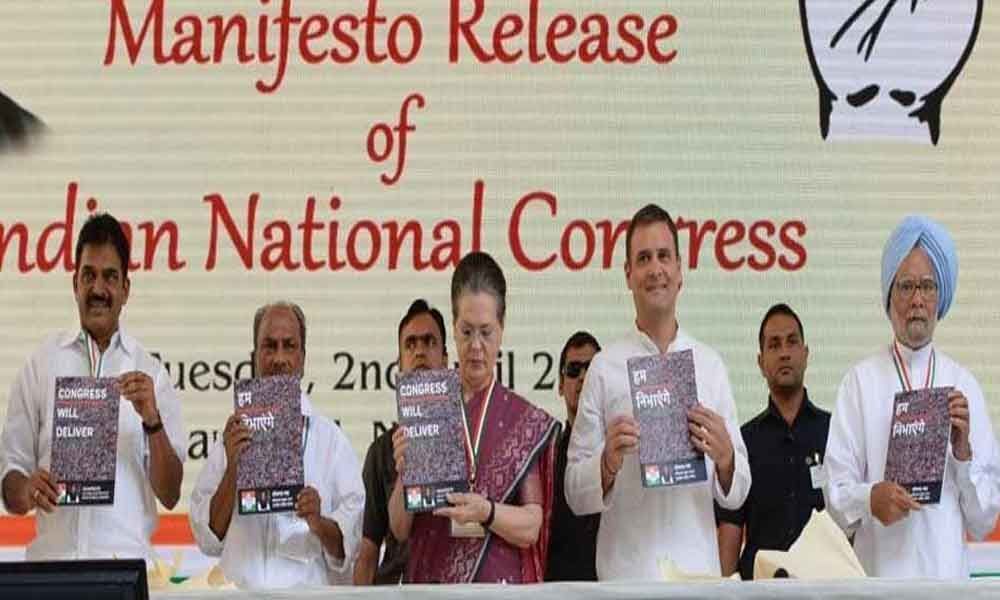 The highlights of the Congress manifesto states 6% of budget allocation for education (THI 3-4-2019), thanks to the party and its PM candidate for...

The highlights of the Congress manifesto states 6% of budget allocation for education (THI 3-4-2019), thanks to the party and its PM candidate for recognising the importance of education. Undoubtedly education is one of the essential segments of the development of any nation. Unlike some selfish parties who misuse and abuse educational institutes and the teachers, the Young Congress leader has faith in the contribution of education for the advancement of a country.

Previously Mr. Gandhi visited a few educational institutions and shared his ideas with the students. Instead of giving sufficient funding, the governments are selling education to private companies that have successfully commercialised education which resulted in the introduction of subjects like soft skills and ethics and human values. It is a very unfortunate fate of the country that instead of political parties we have private limited companies. Let the thinking minds decipher the meaning and the remaining enjoys fool's paradise.

Mere freebies will not work

It is with the reference to the Manifesto-2019 released by Congress assuring economic security as priority issue needs to think of as per the present scenario in our country .The manifesto focussed on Nyay mainly by providing cash flow of Rs.72000 annually to BPL families to enhance their economic standards for decent way of living.

Here one has to think that mere facilitating free money to the family from the govt cannot assure decent standard of living as the realistic scenario is different. The great economists like Amartya Sen etc speaks on global platforms that social security and decent standard of life could be achieved by focussing mainly on primary education ,health and viable social environment with clean governance mere pumping cash flow may not make them to contribute in nation building .

In this perspective the manifesto of congress party speaks more on materialistic prosperity rather true nation building. Even UNO clearly stated that social development is most seriously viewed not merely by economics especially in developing countries by this one has to understands that modern manifestos are much worried about cash inflow rather responsive social development.