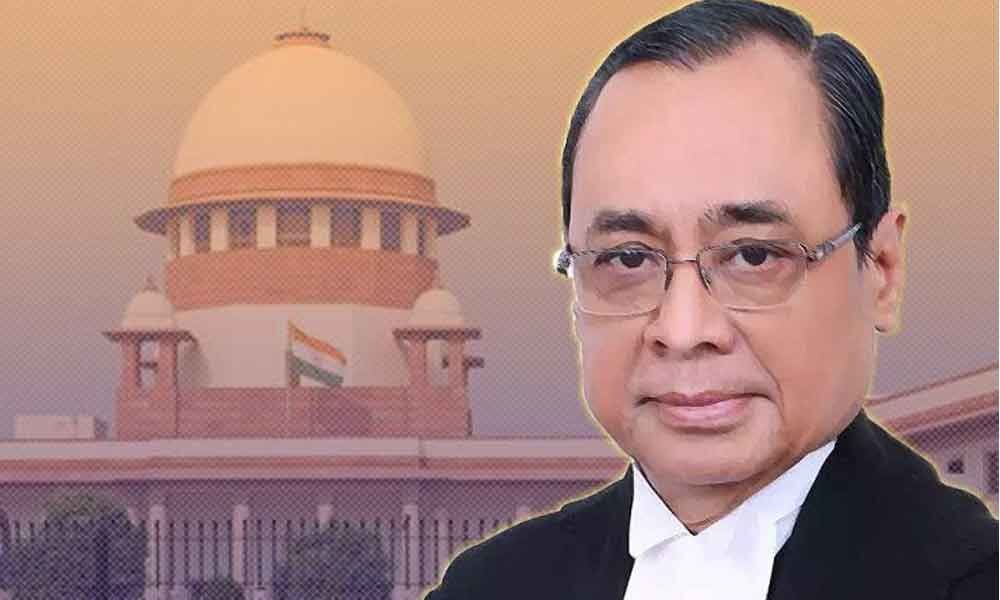 For the first time in the history of Indian judiciary, CJI Ranjan Gogoi dragged in a controversy by a former court female staffer alleging sexual harassment by him has not only embarrassed the legal fraternity but placed him in a fix.

For the first time in the history of Indian judiciary, CJI Ranjan Gogoi dragged in a controversy by a former court female staffer alleging sexual harassment by him has not only embarrassed the legal fraternity but placed him in a fix.

This also reveals that judges once revered by all sections of people for their honesty and integrity have of late losing respect is an indication that all is not well in the functioning of the highest judiciary.

To unravel the truth and save judiciary, a 3-judge-bench appointed unfortunately has still not commenced their task after one of the judges Ramana considered close to the CJI recused himself from the panel.

However, as the probe panel sought the help and assistance of CBI, IB and Delhi police to go to the root of the conspiracy, one thing emerges clearly is that the allegations of the former female court staffer against CJI Ranjan Gogoicannot be brushed under the carpet.

After more women lawyers join the chorus saying that supreme court is not safe for women working there, it is pertinent to noteat that probe panel investigate from all angles instead of confining it to the allegations against CJI because the highest office of judiciary itself is under serious threat from vested interests.

As judiciary is one of the strong pillars in a democracy and if CJI comes under a cloud due to serious allegations, there is something wrong in its overall functioning.

If it goes unchecked, justice system will not only falter but lose its relevance endangering survival of democracy itself. As chief justice is targeted as accused by a female staff on an affidavit, it is imperative that chief justice first clears the air and come out clean and save judiciary from been tarnished further.

For this, an independent probe panel consisting of eminent men from judiciary must inquire into the whole episode without fear or bias to bring out the truth, otherwise judiciary will not only lose its relevance in the eyes of the common man but to regain its lost glory in the foreseeable future will be a herculean task.