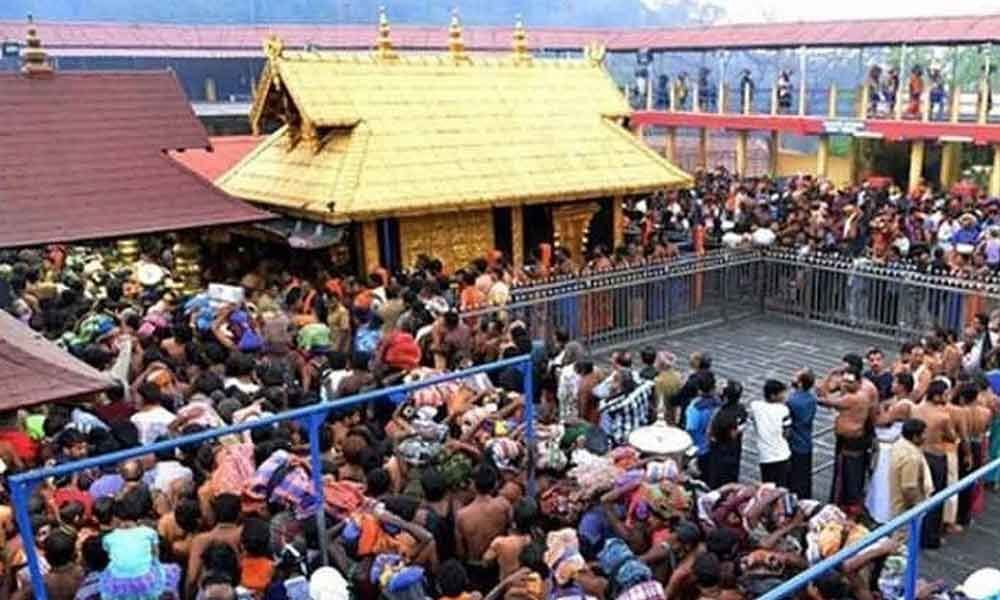 Caught already in a conundrum of controversy and in a catch-22 situation, Kerala government seems to be having no relief from Sabarimala issue.

Caught already in a conundrum of controversy and in a catch-22 situation, Kerala government seems to be having no relief from Sabarimala issue.

This time there is an alleged shortage of 40 kg gold and 100 kg silver which were received as offerings from devotees. The state audit team has found no records for their transfer to the strongroom.

As per the rules, the offerings received from devotees have to be recorded in the register 4-A of the temple.

When gold, silver and other valuables recorded in 4-A register are transferred to the strongroom the same had to be logged into its column 8.

There is no smoke without fire. Something is fishy about the upkeep of the valuables of the Lord Ayyappa.

Acting on a petition filed by a former TDB staff member before the High Court of Kerala, the Court appointed an audit team, which will open the strongroom of Travancore Devaswom Board located at Aranmula on Monday to verify any shortage in the valuables of the hill shrine.

The government has already sought an explanation from the TDB President on the reports and in case of any lapses on the part of the officials who are responsible for the upkeep of the valuables, stringent action must be initiated.

All the assets of the Lord Sabarimala Ayyappa running into crores of rupees must be protected from pilfering and there must be a fool-proof mechanism to thwart any attempt from the part of officials or others to take away the Lord Ayyappa's valuables henceforth.