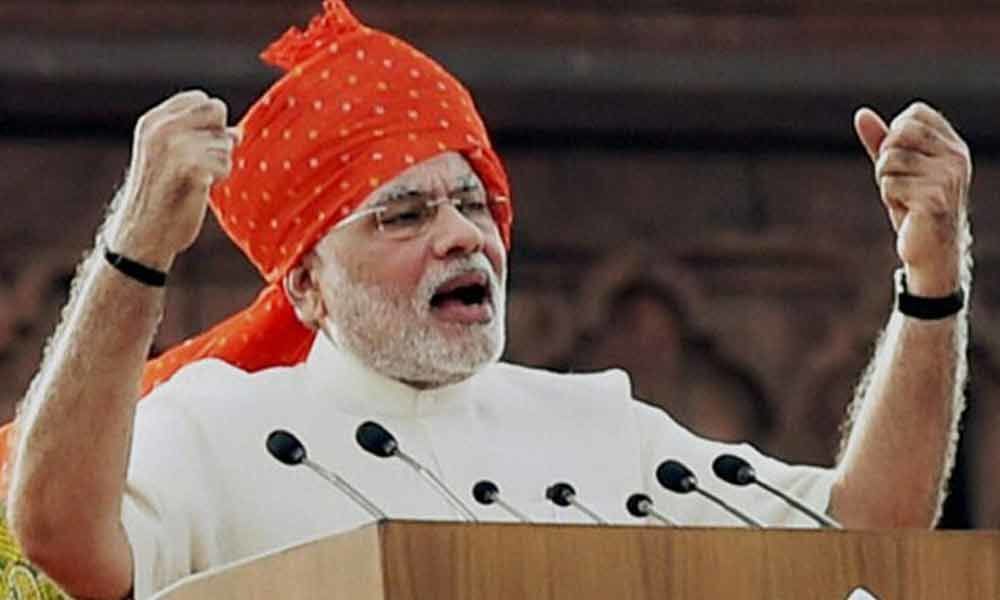 The politician's art of claiming credit for doing nothing, a most infuriating thing, can only happen in India. Narendra Modi, by virtue of being Prime ...

The politician's art of claiming credit for doing nothing, a most infuriating thing, can only happen in India. Narendra Modi, by virtue of being Prime Minister, used a national platform to grab the attention of the nation at a time when every political leader and party is fighting to air time.

His announcement gave him an unfair advantage and failed to maintain a level playing field. In the garb of 'national security', which is also a keenly fought election issue, Modi has misused the office.

On top of that, it is belittling the sincere dedication of DRDO scientists who spent sleepless night working to create historic feet that puts India on elite club for launching anti-satellite missile.

In choosing to make the announcement regarding India's space breakthrough, Modi encapsulated the essence of his political style as seen over the past five years. Rarely has a rocket packing so much lethal power pushed the nation to the brink of a high noon and then prompted it to heave a collective sigh of relief followed by rip-roarious mirth.

However, for reasons beyond immediate fathom, India began cracking jokes and laughing. Probably because of the muscle memory of having to stand in the sun and seeing livelihoods evaporate because of another address to the nation on another day when demonetisation kicked in.

Well, it was precisely the point of this theatrical event — to grab attention, to distract the nation from the narrative the Congress party had been building and hammering into public conscience, leaving the Bharatiya Janata Party gasping for some 'air' — and some 'space'.

Modi's perceived attempt to monopolise credit for a project that has been in progress for a long time.

Although there was wide variety in the nature of conjectures regarding the content but within moments of Modi's broadcast, it was evident that this was a damp squib or, as several said sarcastically, it was yet another case of Modi was making a mountain of a molehill.

It is indeed quite grotesque to see Modi personally thumping his chest after keeping almost the entire nation on tenterhooks for close to an hour.

Modi likes to create big moments and everlasting memories, and he likes to shock and awe the nation with his 'surgical strikes' and 'blitzkriegs'.

By hijacking the scientists' sphere with a passing mention of their success, the prime minister is, by implication, bringing them on to his side by making the achievement part of a political narrative through an address to the nation. The last sleight of hand is the timing.

From boarding passes to billboards and tea-cups, Prime Minister Narendra Modi's images and messages appear splashed all over despite the model code of conduct coming into force for the Lok Sabha elections.

The need to bolster post-Balakot nationalistic fervour stems from a realisation that the script is not shaping up the way he envisioned it, that the memory of the air strikes and the return of Wing Commander Abhinandan has faded.

Obviously, in such a scenario, Modi has to claim once again as being the only leader who is "committed to ensuring the country's national security interests and is alert to threats from emerging technologies".

With the Chowkidar image slipping out of his hands and Rahul Gandhi successfully overcoming nationalist issues and putting the focus on jobs, poverty, agrarian crises, health, education and so on, PM Modi seems desperate to politicize the armed forces and scientists to earn political points. Without a doubt, desperation was palpable in his address, both in terms of choice of words and voice modulation.

The address to the nation has revealed a huge weakness in Modi's armoury and it is now up to the opposition to push through a campaign based on livelihood concerns and well-being of the people as against a false narrative of sacrificing personal necessities for the sake of the nation.

Also, his decision to announce the successful testing of the anti-satellite missile was, perhaps, an attempt to assail his own inner fears. So Modiji, stop flying on the eagles back and learn to fly on your own. And stop fibbing. The truth has a way of catching up in the end.