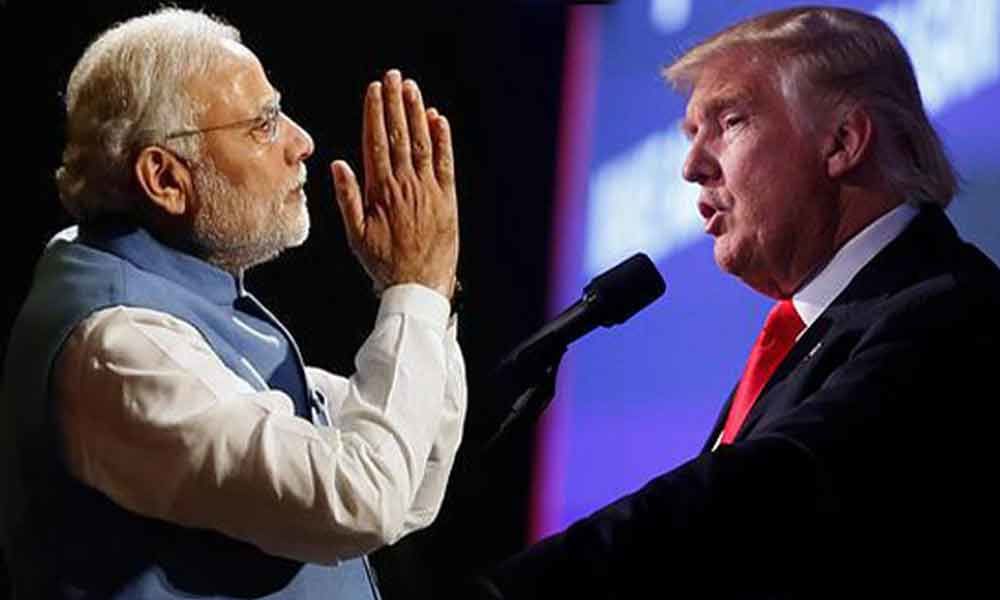 Donald Trump, while attending the Howdy Modi rally in Houston, said Prime Minister Narendra Modi is father of new India because of his success in...

Donald Trump, while attending the Howdy Modi rally in Houston, said Prime Minister Narendra Modi is father of new India because of his success in uniting the nation.

Instead of being appalled, many leaders and supporters of Modi's Bharatiya Janata Party (BJP) gave the distinct impression that they had been feverishly awaiting the praise and recognition of Trump.

For, the Hindutva brigade has made the claim of Modi being "better" than Gandhi in the past.

Any neutral observer of the politics of the United States (US) knows that POTUS regularly dishes out superlatives about the dignitaries he meets.

Neither his guests nor ordinary Americans take this seriously. For instance, Trump recently called Australia's Prime Minister Scott Morrison a "man of Titanium", "a man of real, real strength, and a great guy".

Trump's claim that Modi is akin to India's "father" should have ended right there and perhaps it would have, had the Indian prime minister reminded him that Mahatma Gandhi, who led the anti-colonial struggle against the British, is the real claimant to the title.

Of course, this did not happen. Therefore, from the point of view of Modi's supporters, Trump's statement is not idle banter, nor even a sarcastic jibe, nor is it just a reflection of his personality trait.