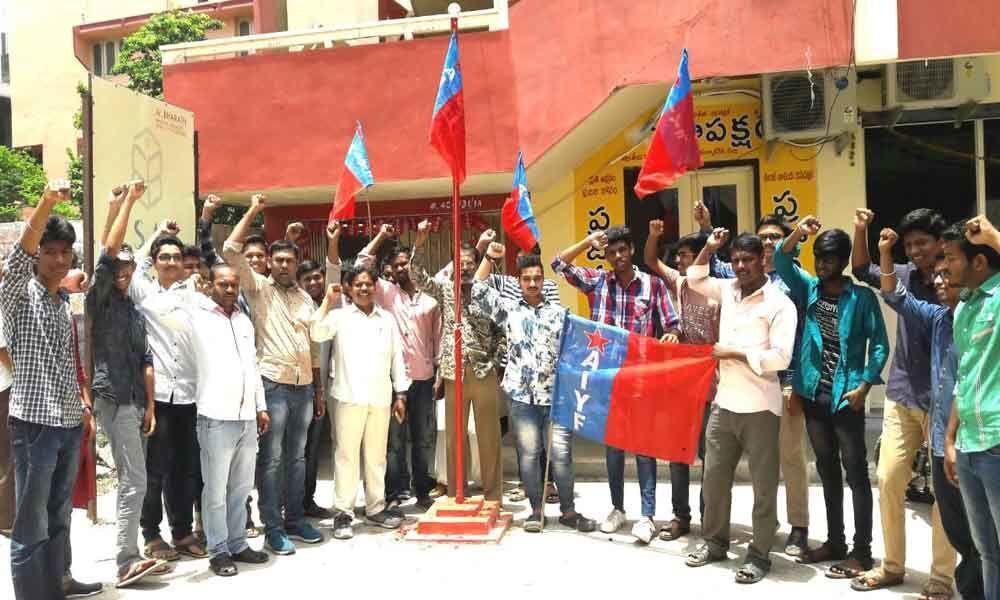 The 60th formation day of All India Youth Federation (AIYF) was celebrated at its Medchal district office here on Friday.

Both the leaders stated that the federation was making constant efforts to inculcate among youngsters progressive, patriotic, democratic and moral values. They expressed concern over the youth becoming stooges in the hands of elements espousing caste, communal and regional feelings, besides falling victims to drugs.

The leaders pointed that many youngsters were resorting to anti-social activities motivated by films promoting vulgarity, violence, cheating, thus becoming powerless. They urged the youth to awake and embrace change. They advised youngsters to take up united struggles with the aim of driving away vices from society, and also strive to protect the country's democratic and secular values.