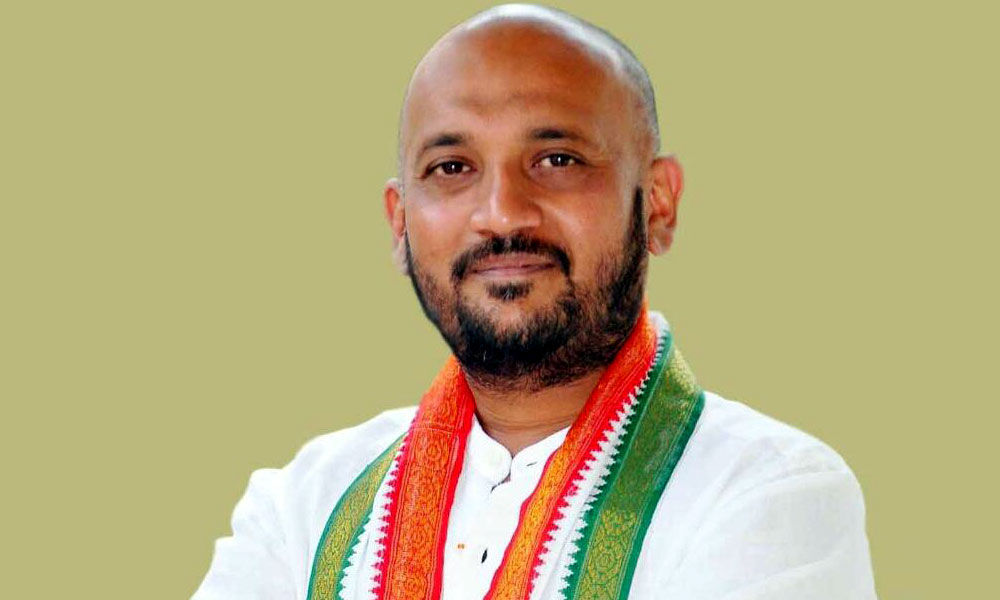 "The last five years were quite horrible for the people, especially minorities across the country. There have been various incidents of mob lynching and attacks on innocents on the basis of what they wear, what they eat or to whom they get married and other trivial issues. BJP-led NDA Government has failed to protect the minorities and in fact, encouraged RSS and its affiliated groups in creating a sense of insecurity among minorities. The forthcoming Lok Sabha election is the right opportunity for the minorities to change this situation. They should vote in favour of Congress party to ensure the formation of a secular government at the Centre which could restore the Constitution and rule of law," Sameer said in a media statement on Friday.

Sameer reminded that Telangana Rashtra Samithi, headed by Chief Minister K. Chandrashekhar Rao, had acted as an ally of BJP at all the times. TRS supported Prime Minister Narender Modi in demonitisation, GST and also in other moves that has hurt the interest of minorities. He said TRS supported the BJP's views on Triple Talaq Bill which was a direct interference in the Muslim Personal Law. "While the BJP, TRS and other parties passed the Bill in Lok Sabha, it was the Congress party which stopped the Bill in Rajya Sabha. Congress party strongly believes that there should be no interference in the Personal Law of any community. However, parties like BJP and TRS wants to survive on communal politics without considering that their actions might hurt the religious sentiments of a community," he said.

The Congress leader questioned the silence of KCR on the promise of 12% reservation for Muslims in jobs and education in Telangana State. He said despite having close relations with PM Modi, KCR has failed to get the 12% Muslim quota Bill cleared by the Centre. He said KCR has now stopped talking about the same. He said KCR should clarify his stand on 12% Muslim reservation and explain whether this unfulfilled promise still figure in TRS agenda or not. He also condemned the TRS MPs for their failure to get adequate funds from the Centre on minorities' welfare. "The Central Government has shelved several schemes and drastically reduced funds for minority welfare department in the last five years. However, neither KCR nor TRS MPs gave any representation to the Centre expressing concern over cut in funds for minorities' welfare. While KCR was quick to praise the Prime Minister on whatever he did, he remained silent when the BJP Government systematically erased the funding mechanism dealing with welfare of minorities," he said.

Sameer said that the next Lok Sabha elections were between the Congress party and BJP while TRS would only be the representative body or mask of Narendra Modi in Telangana. Therefore, he appealed to the people to vote for Congress party to make Congress President Rahul Gandhi the next Prime Minister of India. He announced that the Congress party would launch door-to-door campaign to expose the communal face of KCR and TRS leaders and mobilise support in favour of Rahul Gandhi.