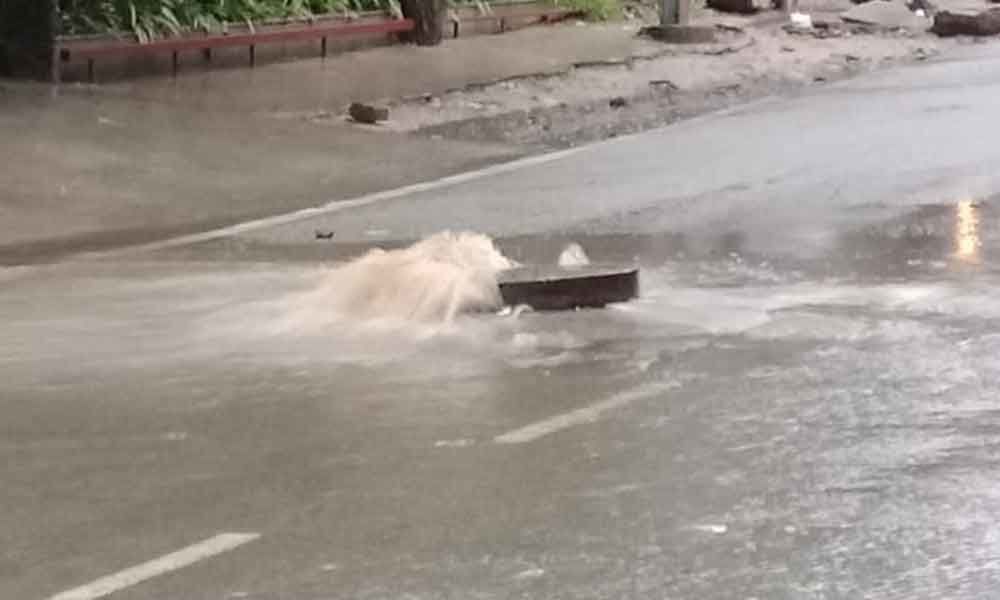 Overflowing drain on main road of Shivbagh in SR Nagar is causing a great inconvenience to commuters and residents.

SR Nagar: Overflowing drain on main road of Shivbagh in SR Nagar is causing a great inconvenience to commuters and residents. Though numerous complaints have been fined, no action is taken yet by any official and the overflow has become a perennial issue almost on every alternate day, says the owner of a hotel in the area.

"It is even more difficult for motorists and commuters to wade through the overflowing sewage water and this turning has become an accident spot as it has turned quite a slippery stretch," says Arvind, a motorist.

Pedestrians and commuters complain about the dirty water sprinkling on them as the vehicles pass by, and the situation is getting worse because of monsoon. Water stagnation is also leading to traffic congestion as the slop of the road is very low.