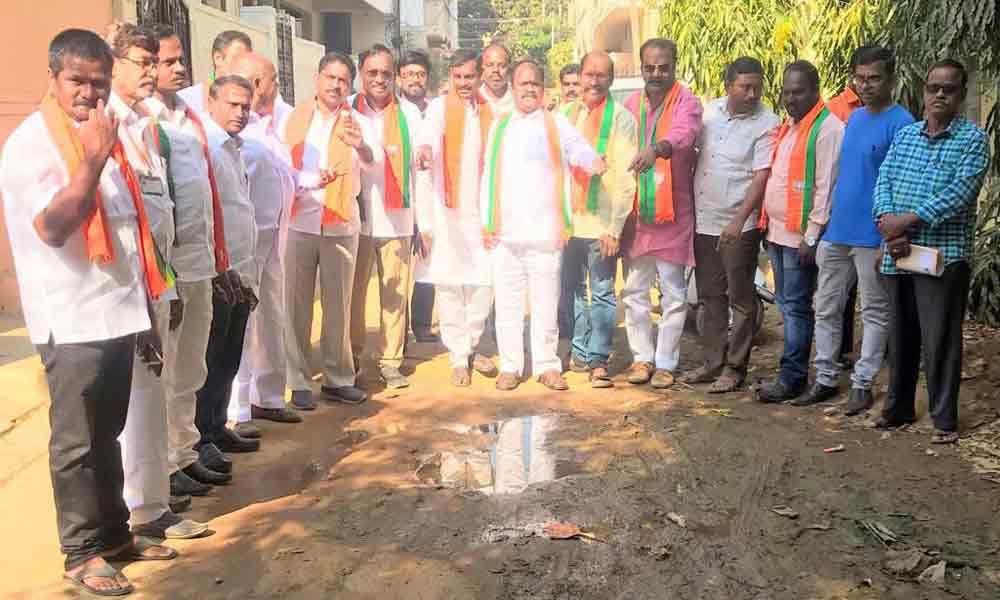 The leaders went round the area. They stated that issues like lack of sanitation, streetlights, underground drainage, mosquito menace, drinking water, ...

Speaking to the locals, they stated that issues like lack of sanitation, streetlights, underground drainage, mosquito menace, drinking water, incomplete roads were brought to their notice. They pointed out that drunkards were causing problems by their undesirable behaviour.

The BJP leaders accused the ruling party leadership of taking no action to solve the residents' problems, but only resorting to rhetoric and misleading people in the name of 'Bangaru Telangana'. 'Only plaques of foundation stones are visible without any development work being taken up,' the leaders alleged. They demanded people's representatives and officials to act immediately to solve people's problems.