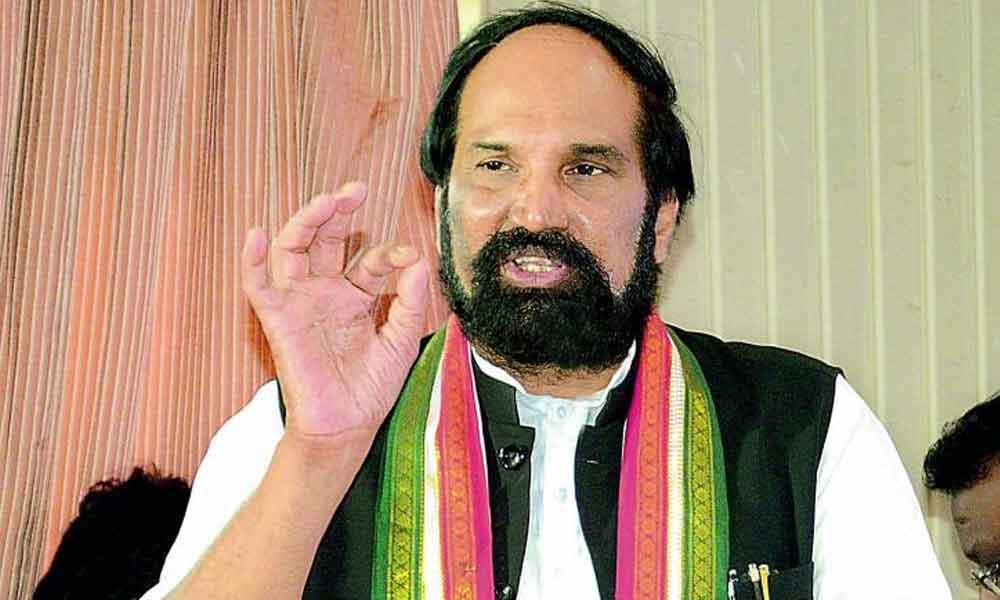 He was addressing a series of meetings in Nalgonda and Hyderabad on Wednesday in connection with the MLC election campaign for Congress candidate SabavathRamulu Naik (Hyderabad-Ranga Reddy- Mahabubnagar).

Bhongir MP KomatireddyVenkatreddy and other senior leaders also addressed the meeting at Laxmi Gardens in Nalgonda.

He said that instead of pressuring the State Government for implementation of new PRC and fitment of not less than 43%, the union leaders reportedly bargained for some sops for themselves with Chief Minister K. Chandrashekar Rao.

The TPCC chief strongly objected to the secret meeting the union leaders had with the Chief Minister at Pragathi Bhavan and questioned its validity. He said that KCR held the meeting not as the Chief Minister, but as the President of TRS seeking the support of employees.

Therefore, he should've organised an on-camera meeting and should've given assurances of giving fitment of not less than 43% in full public view. He said KCR has been using union leaders as a tool to betray the employees.

He alleged that KCR has reportedly offered an MLC seat to one of the union leaders in exchange for employees' support for TRS candidates in MLC elections for Graduates constituencies.

Uttam Kumar Reddy appealed to the employees not to trust the union leaders as they allegedly sold out themselves to the TRS. He said that the employees should re-elect their bodies and pick leaders who could fight for their cause and dump those who mortgaged the employees' interest to CM KCR.