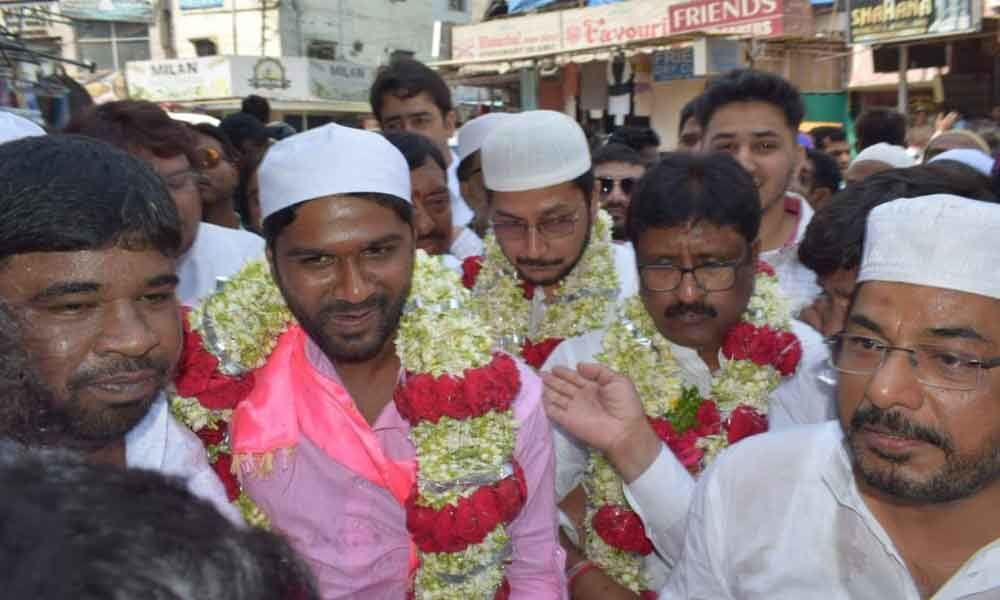 It may be mentioned here that during nomination the incumbent MP and AIMIM party chief Asaduddin Owaisi assured Minister Talasani Srinivas Yadav to support his son Talasani Sai Kiran Yadav. He emphasised that his cadre would provide all the support to the TRS Secunderabad MP candidate.

In this endeavour, on Friday, the MIM leaders took part in the campaign. It was started after the Friday prayer in Mallepally division, where MLA Jaffar Hussain Meraj and TS Haj Committee ex-Chairman Mohammed Masiullah Khan were accompanied him. During the campaign candidate Sai Kiran Yadav along with AIMIM supporters held padayatra and made door-to-door canvassing and requested the locals to vote in the favour of TRS.

Along with them hundreds of youngsters of both TRS and AIMIM joined in the campaign and raised slogans TRS zindabad and MIM zindabad. On Wednesday, Sai Kiran Yadav started the campaigning along with AIMIM MLA Jaffar Hussain Meraj in Nampally constituency from Asif Nagar division and a public meeting was also held at Yadav Basti in Asif Nagar.