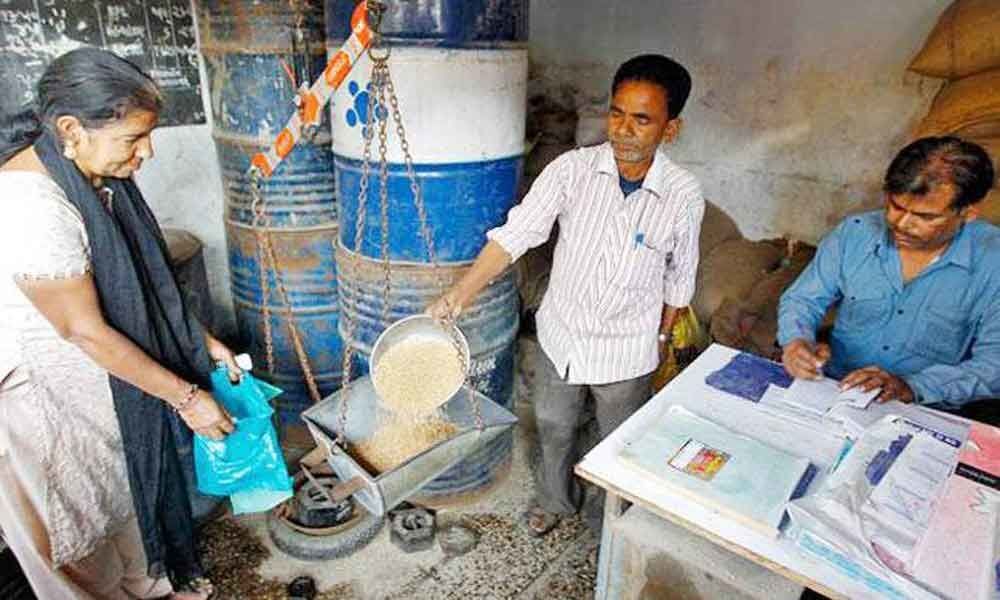 There is going to be another initiative to be taken in the public distribution system in the district. The civil supplies department, which initiated...

Medak: There is going to be another initiative to be taken in the public distribution system in the district. The civil supplies department, which initiated first time in the country distribution of ration after collecting finger prints, is gearing up to implement Iris system.

Elders and workers whose fingerprints do not match will be able to get the goods based on the Iris matching. Iris machines have already reached the district. This system will be available from April month. Earlier, the distribution of rice was launched through e-pos and kerosene was also started from last January.

In this new system, one of the beneficiaries in the food security cards should give finger prints to get their ration. Because of this, when the elderly and the children's fingerprints do not match, they would have to forego rations. In such conditions, they have been allowed to register fingerprints for VRO or VRA fingerprints. All those whose fingerprints do not match have to wait for the VRO and VRA every month. The civil supplies department has come out with a novel solution to ensure that all these people are relieved.

From now on, rice can be distributed either with matching of fingerprints or iris. For this, iris technology is installed in the machines and sent to the fair price shops. Technical staff will be trained to collect iris scanning. This procedure is being implemented from April 1. The details of iris are collected while issuing Aadhar card. When the Aadhar card is linked with the e-pos system, the details of iris are also integrated. If the fingerprints do not match, PDS beneficiaries will still be able to get rations by iris matching. Already officers started distributing iris machines to dealers. In this process, over three thousand card holders will be beneficial in the district.