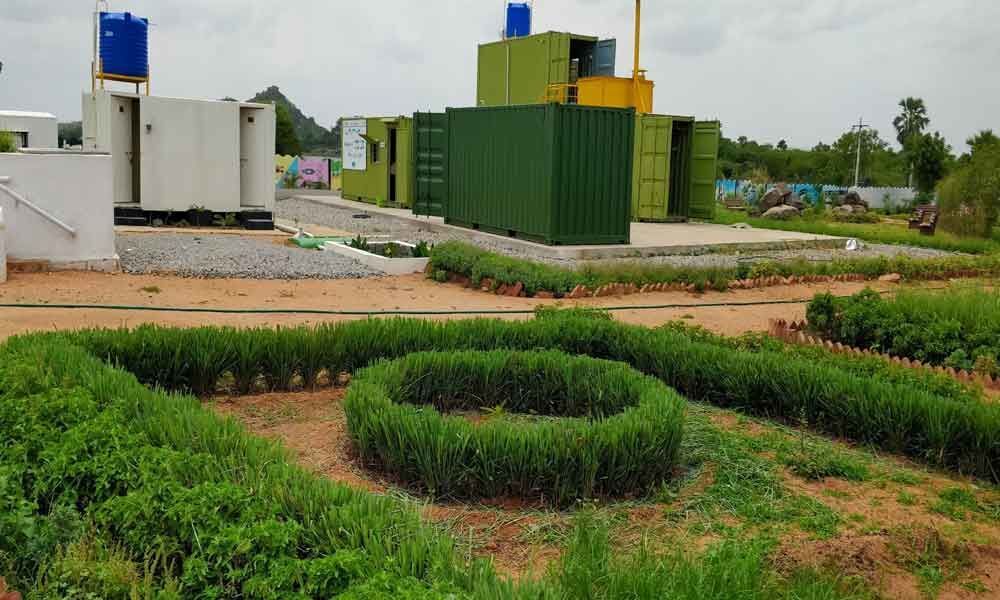 First the facts: Only 50% of the area in Greater Hyderabad region is sewered which means that half of the households and establishments in the city do not have an underground drainage system. The area that has a sewerage system was developed during the era of the Nizam when the City Improvement Board was set up.

The18 STPs in the city are being converted into co-treatment facilities and private desludging operators have been empanelled and 61 trucks are provided with license to operate.

There are 110 private trucks in the city that transport faecal matter from septic tanks and deposit them in water bodies. The non-sewered areas in the city depend on these trucks every few months once the septic tank gets filled.

Like in most Cities in India, Hyderabad is currently facing a large burden of untreated faecal waste entering the environment due to indiscriminate disposal of septage (waste evacuated from septic tanks periodically) in open areas and water bodies by unregulated private desludgers causing significant public health and environmental risks.

Srinivas Chary says, "The faecal sludge would be recycled and the resultant material could be used to make bricks for the construction industry. It is just the beginning."

Similarly, as a pilot project in Warangal, Faecal Sludge Treatment Plants (FSTP) was established based on thermal technology in a sanitation resource park to promote awareness about sanitation and technologies(20KLD) ii) Geo-tube technology (15 kld). The waste from these treatment plants is recycled for agriculture use and for construction industry (bricks).