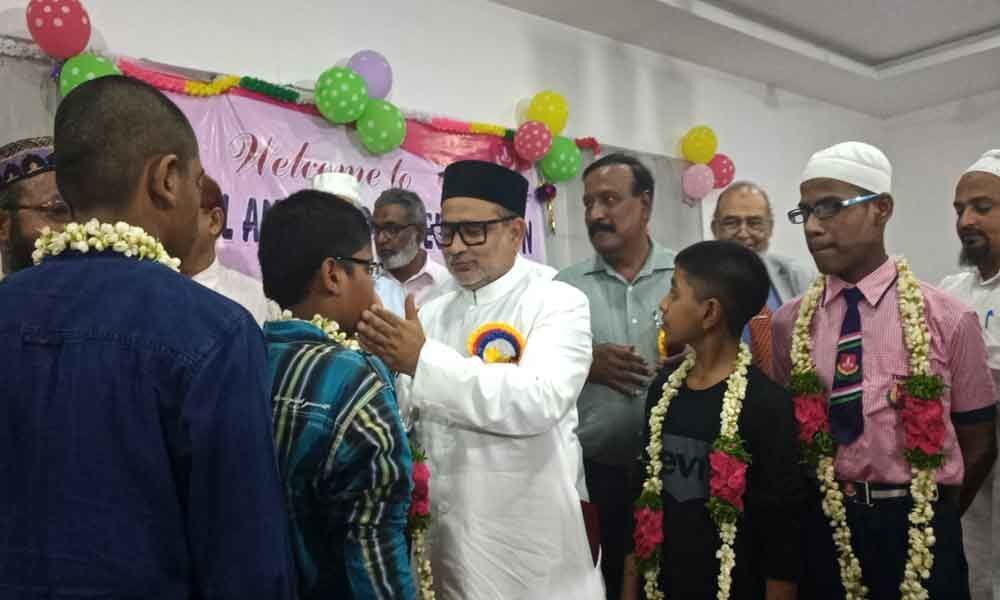 Besides students, parents, teachers and eminent functionaries across the spectrum attended the function. School Principal Mujeebuddin, in his inaugural address, highlighted the progress made by the students in sports, academics, co-curricular activities and other related matters.

Mujeebuddin informed that his students were on a par with international students in academic excellence. They were fluent in English, represented at state in many state level sporting events and the teachers at TMRIES were dedicated and hardworking, he added.

Former Regional Director RBI M M Yousuf, who was the guest of honour, in his address, laid stress on the importance of education and how it helps in transforming an individual from an ordinary man to a celebrity.

Vigilance Officer of TMREIS Kashaiah expressed satisfaction over the functioning of school and also lauded the progress made by minorities in education. He also assured that, the state government was willing to extend all possible assistance for the empowerment of minorities.

Raghudas, the District Level Convener quoting the Sachar Committee report, said the status of Muslims in all indicators was below that of the SCs and STs. Therefore, in order to bring them on a par with the rest of communities, the State government was taking all possible measures for the empowerment of the Muslims.

Mohammed Saleem Ahmed, another guest of honour, laid stress on the role of teachers and parents in shaping the career of their students and their wards, because the kids take them as their role models.

Eminent entrepreneur and educationist Abul Fateh Syed Bandagi Badshah Quadri described Chief Minister K Chandrashekar Rao as a pioneer in the country for establishing a school of global standard in the name of TMRIES and providing financial assistance.

Chief guest Mir Anwaruddin, who spoke at length, said that TMRIES was his brain-child. He had made the proposal to the Chief Minister who readily accepted it in realisation of this dream project Later, the students of TMRIES presented cultural programmes, which comprised short plays, dramas, songs and dances.