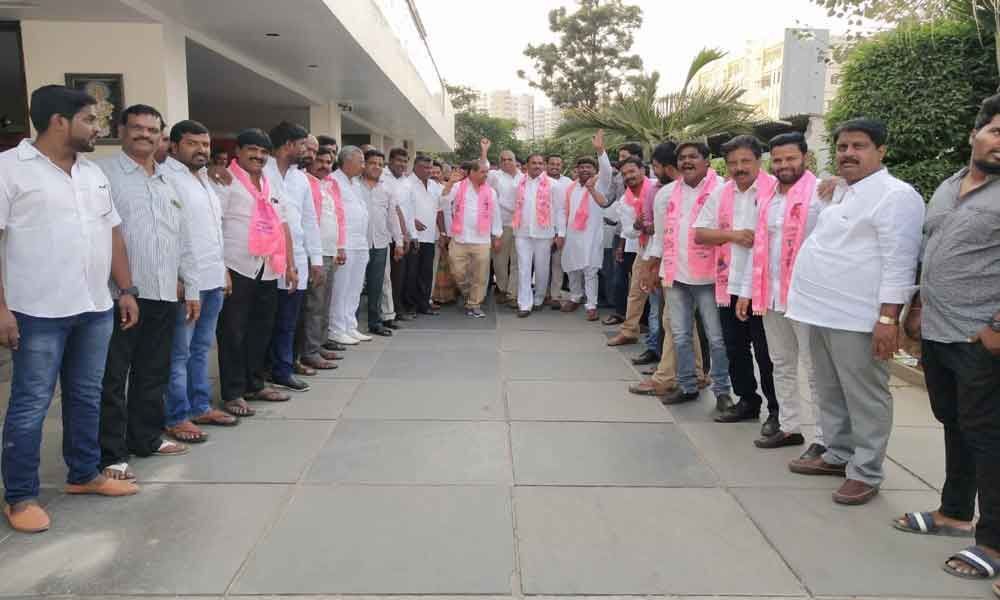 TRS party leaders and party workers of Serilingampally constituency led by Serilingampally MLA Arekapudi Gandhi gathered here to set out to attend the KCR’s election meeting at LB Stadium to be held on Friday evening as part of election campaign in support of Chevella TRS candidate Dr G Ranjith Reddy.

Praising the various initiatives of the CM KCR, he said that the credit of benefitting every section of population through various welfare schemes only goes to the CM KCR. He urged people to vote for the party to ensure that CM KCR plays a key role in the national politics.