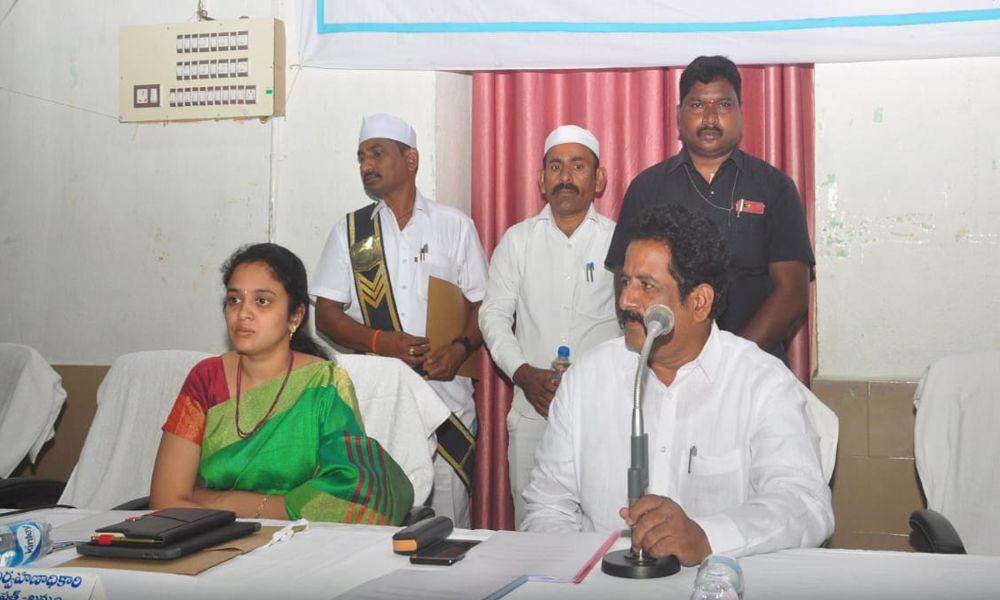 Addressing the members, the ZP chief said, the Parishad would be able to provide clean and safe drinking water by the end of March under the Mission Bhagiratha Scheme in Khammam district. No new works were discussed and conclusions were made at the meeting due to model code of conduct in place for Lok Sabha polls.

Stating that all the 18 works estimated to cost Rs 10 lakh were taken from the Zilla Praja Parishad General Fund for the 2017-18 financial year, Rao said informed that the remaining works of Mission Bhagiratha would be launched soon. He said so far the works worth Rs 6.95 lakh were completed.

The ZPTC members of Wyra, Manuguru, Yellandu, Thallada and Bonakal brought the issues pertaining to supply of drinking water to the villages under the said areas and urged the officials concerned to take immediate steps to resolve the issues.

The ZP chief stated that the necessary action would be taken to contain illegal mining of sand and its transportation in the district.