Pvt detectives along with client in the dock 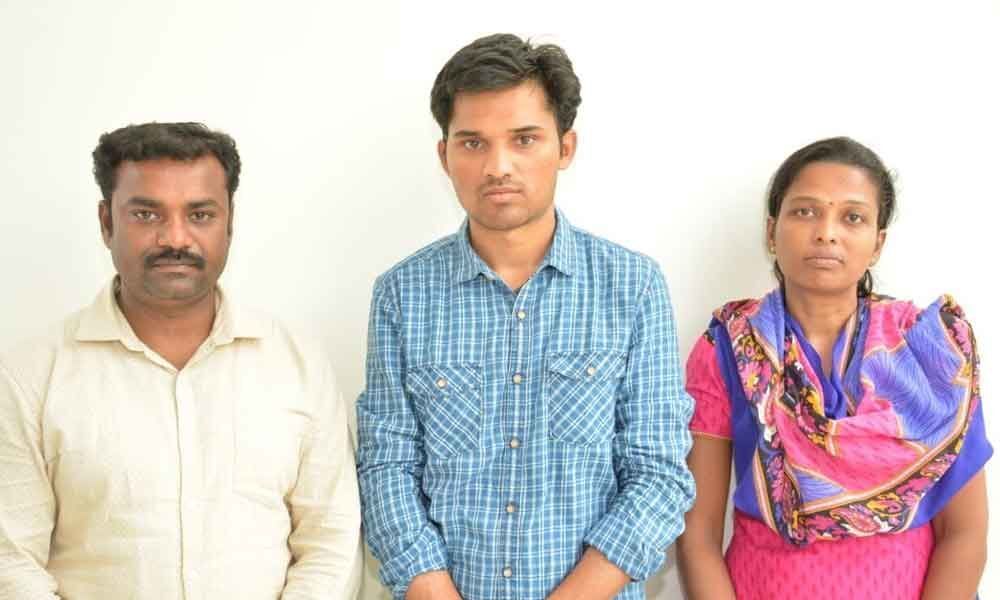 x
Pvt detectives along with client in the dock
Highlights

Chaitanyapuri Police arrested three persons including a JRF-DRDO Mechanical Engineer for conducting an illegal enquiry about a minor girl on Wednesday.

According to Rachakonda Police Commissioner Mahesh M Bhagwat, they received a complaint from the victim girl's father on March 31stating that his daughter, aged about 16 years, was studying in Intermediate second year at a private college in Chaitanyapuri.

On March 31, his wife got a call from the college principal saying that two persons, including a lady, visited the college and asked for details about her daughter and gave their phone numbers to tell the details about the girl.

On enquiry it was revealed that two persons Kiran and Suhasini enquired about the victim girl on the direction of one Mahesh.The enquiry was related to an affair or marriage proposal. The complainant said that since his daughter is minor and the illegal enquiry about her character and other activities insulted the modesty of his daughter.

The CP said that the main accused who is working as a Junior Research Fellow at DRDO, RCI in Hyderabad regularly followed the victim minor girl in the evening hours at Balapur X road while she would be returning home from her college and tried to contact her,and made gestures with sexual intent.

But the girl neglected him and did not respond. Later, the accused searched for a secret agency and approached Kiran who is an ex-serviceman and running an illegal detective agency named Scout Detective Agency at SBH Colony in Kothapet. He paid Rs 17,000 for them for detective services to observe the movements of the victim girl, and to get social network, contact details, photos and videos and details about her character.

Then Kiran and Suhasini conducted secret enquiry and took photographs, mobile numbers, date of birth particulars, affairs if any and video without the knowledge of the victim girl. Further they tried to ascertain the character of victim girl and thereby insulted the modesty of victim. Therefore, police arrested them. Police seized one laptop, two mobile phones and documents from their possession.