All 11 aboard killed as skydiving plane crashes in Hawaii 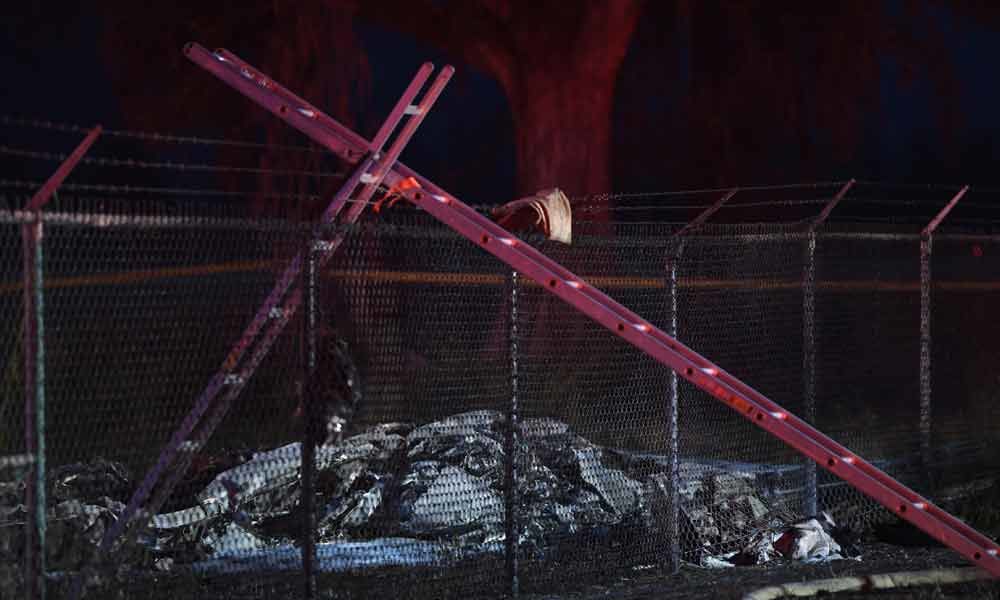 The twin-engine Beechcraft King Air plane took off from Dillingham Airfield on the north shore of the island.

Honolulu: A skydiving plane crashed and burst into flames just after takeoff from a small seaside airfield on the island of Oahu, killing 11 people, officials said on Saturday.

Authorities initially reported that nine people died in the crash Friday evening and that three of them were customers of a skydiving company and six were employees. But the Hawaii Department of Transportation tweeted Saturday that officials later "confirmed there were 11 people on board the plane" and no survivors.

The twin-engine Beechcraft King Air plane took off from Dillingham Airfield on the north shore of the island. The plane was operated by the Oahu Parachute Center skydiving company and the ratio of employees to customers suggested that tandem jumps may have been planned in which the customers would have jumped while attached to experienced skydivers, Tim Sakahara, a spokesman for the Hawaii Department of Transportation, told reporters.

Neves described the site of the crash near the airport's perimeter as being "quite a ways away from the runway" and said that some family members of those aboard were at the airport when the plane went down at about 6.30 p.m. "In my 40 years as a firefighter here in Hawaii, this is the most tragic aircraft incident that we've had," Neves said.

The plane was engulfed in flames when firefighters made it to the crash site about an hour drive from Honolulu, Neves said. The victims were not identified.

Two Federal Aviation Administration inspectors went to the crash site Friday and investigators with the National Transportation Safety Board that will investigate the crash were expected to arrive Saturday evening, said safety board spokesman Eric Weiss.

The plane with two turboprop engines was manufactured in 1967, FAA records said. The phone for Oahu Parachute Center went unanswered Saturday. On its website, the company says the jumps that it offers on Hawaii are "a magical experience.

There really is no better place in the world to skydive." Its tandem jumps are listed for prices ranging from USD 170 to USD 250.

Videos from the company's Facebook page show jumps from the same Beechcraft King Air that crashed, with customers strapped to employees and dropping from a side door of the aircraft from 10,000 feet (3,000 meters) or higher, with the Pacific Ocean and the Oahu's green mountains far below.

Dillingham Airfield is used mostly for skydiving and glider flights. Hawaii shares the airfield with the Army, which uses it for helicopter night-vision training.