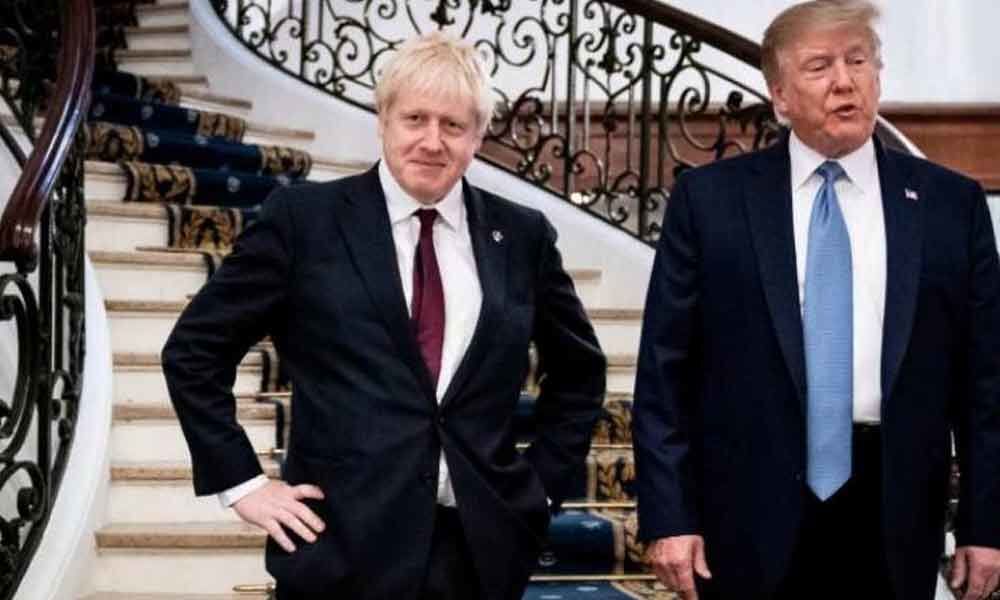 Speaking on sidelines of Group of Seven summit in France, Trump was asked what his advice was for Britain’s departure from European Union.

Speaking on the sidelines of the Group of Seven summit in France, Trump was asked what his advice was for Britain's departure from the European Union.

Trump responded: "He needs no advice. He is the right man for the job."

Johnson replied that the president was "on message there."

The much-anticipated meeting was the first since Johnson took Britain's top job last month. The pair met for a working breakfast on Sunday after being photographed on Saturday night walking and talking on the margins of the summit.

Johnson desperately needs a US trade deal post-Brexit, as Britain will lose its easy access to the EU's single market.