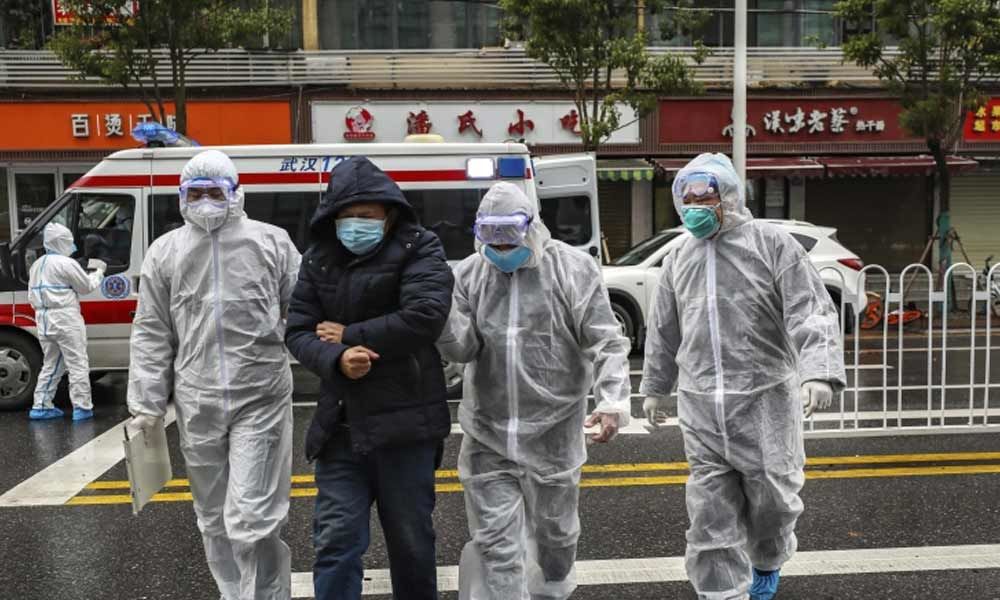 Stephane Bancel is chief executive of Moderna Therapeutics cautioned that if developed, the vaccine will have to undergo several clinical trials.

Paris: No manufacturer will have a coronavirus vaccine ready for use before the middle of 2020, despite an intensive global effort, a biotech executive told AFP on Friday.

Stephane Bancel is chief executive of Moderna Therapeutics, one of several entities involved in an all-out international effort to create a vaccine as soon as possible for the deadly SARS-like virus, also known as nCoV-2019, that has already killed more than 200 people.

Moderna is working in coordination with the US National Institutes of Health, while Inovio Pharmaceuticals and the University of Queensland in Australia are pursuing alternative tracks.

They have all received funding from the Coalition for Epidemic Preparedness Innovations (CEPI), an international body established to finance costly biotechnology research.

But Bancel warned that "no manufacturer will be able to have a vaccine ready for the summer".

In a French-language interview with AFP, Bancel also described the technology Moderna was using in its approach.

"It is based on messenger RNA technology. Messenger RNA (mRNA) is a coded information molecule," he said.

Moderna's website explains that "mRNA medicines are sets of instructions that cells in the body use to make proteins to prevent or fight disease."

Bancel added that "once we have managed to master the technology that works on humans, things could go very quickly because it is always the same manufacturing process... for messenger RNA against the flu or against the coronavirus, it is the same method of manufacturing, the only difference is the order of letters that code the proteins.

"For the coronavirus, we are working with the US National Institutes of Health (NIH). They acquired the virus' sequence from the Chinese government, then the NIH and our teams analysed it to understand the protein structures, which are different from other viruses.

"Our teams near Boston are making a vaccine now, and as soon as it is ready, it will be sent to the NIH which will carry out clinical phase 1 trials" Bancel said in reference to initial safety tests on humans.

Asked if a vaccine could be developed in time to respond to the epidemic, he cautioned that "the vaccine will have to undergo several clinical trials.

"The challenge is that it could quickly be given to millions of people. The responsibility for its safety is therefore very important. Even going quickly with technology like mRNA, no manufacturer will be able to have a vaccine ready by the summer, or even by the autumn."

Bancel emphasised that "the only answer now is public health actions, trying to contain human to human transmission as much as possible.

"I think the biggest public health challenge will be during winter in the southern hemisphere, along with the risk that it comes back to the northern hemisphere in the fall," he forecast.

"It is very had to predict today if the situation will be serious in the fall or if the virus will have disappeared.

"But one advantage of getting a coronavirus vaccine approved, is that if there is a mutation to another virus later, it will be possible to have a product available quickly."

In a separate interview with the European Pharmaceutical Review, CEPI chief executive Richard Hatchett said: "Our aspiration with these technologies is to bring a new pathogen from gene sequence to clinical testing in 16 weeks – which is significantly shorter than where we are now."

Brancel told AFP there were risks for his company to take on this kind of project, but that CEPI funding removed a major obstacle.

"There is a risk that the product does not work because biotechnology is complicated. There is also a risk that another solution is found before we do and that it becomes the blockbuster product that everyone prescribes.

"That is why partnerships with CEPI are very important. CEPI provides us with the funds to make the first batch of vaccines for the NIH. That removes a big thorn from our side.

"The idea behind CEPI is to obtain regulatory approval for a dozen vaccines, for viruses like Zika or coronavirus, because they pose a great threat to humans.

"We need approved vaccines so that if there are mutations within a strain of the virus, we can produce vaccines in large quantities within a few months."