Doors remain open for North Korea to resume talks: US 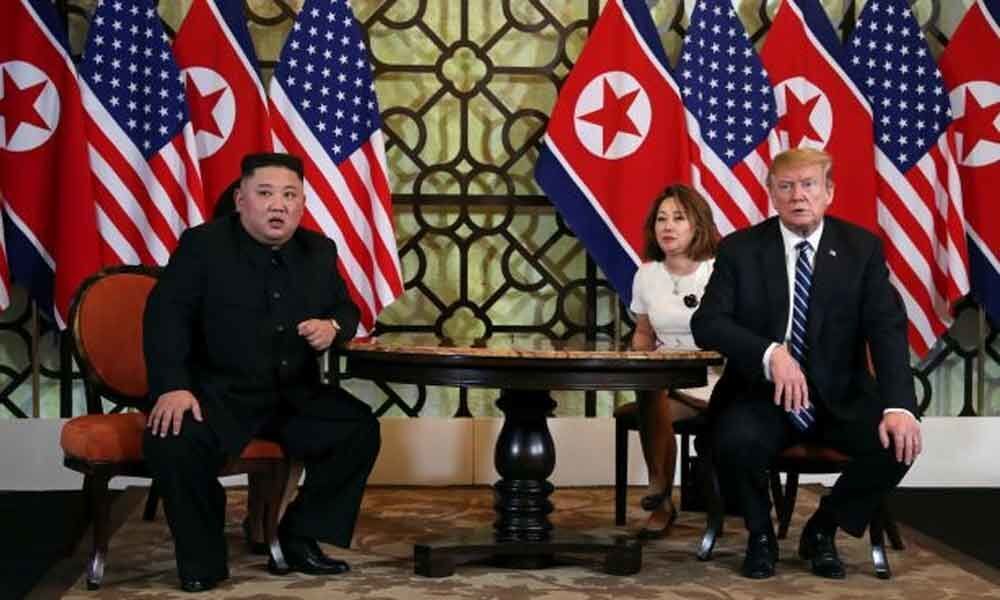 North Korea has upped its criticism towards the United States, especially after Washington seized one of its cargo ships.

Washington: In response to Pyongyang's statement that the dialogue between the United States and North Korea would not resume unless Washington comes up with " a new method of calculation," US State Department on Friday said that it remains open to holding talks with the communist country and is "very clear" about that position.

The State Department added the Trump administration sticks to the Singapore agreement signed by the leaders of the two countries, that committed to the complete denuclearisation of the North and building a lasting peace, reported Yonhap news agency.

North Korea has upped its criticism towards the United States, especially after Washington seized one of its cargo ships on suspicions of violating sanctions. Yesterday, Pyongyang blamed the US for the collapse of the second summit between the two countries in Vietnam.

"Unless the United States puts aside the current method of calculation and comes forward with a new method of calculation, the North Korea-US dialogue will never be resumed and by extension, the prospect for resolving the nuclear issue will be much gloomy," North Korea's state news agency quoted the country's spokesperson as saying.

The spokesperson also said that the US is attempting to shift the blame regarding the reigning impasse onto the reclusive state.

"We hereby make it clear once again that the United States would not be able to move us even an inch with the device it is now weighing in its mind, and the further its mistrust and hostile acts towards the DPRK grow, the fiercer our reaction will be," the official added.

In its response, the US State Department added that it is ready to have a constructive discussion with the North to advance the process "simultaneously and in parallel."

Nuclear talks between the two countries hit a roadblock after the second summit in Vietnam ended abruptly with no joint statement earlier this year. The two sides reportedly failed to resolve their differences on sanctions waivers. North Korea has since launched multiple projectiles as a sign of their apparent frustration regarding the stalled talks and continuing sanctions.