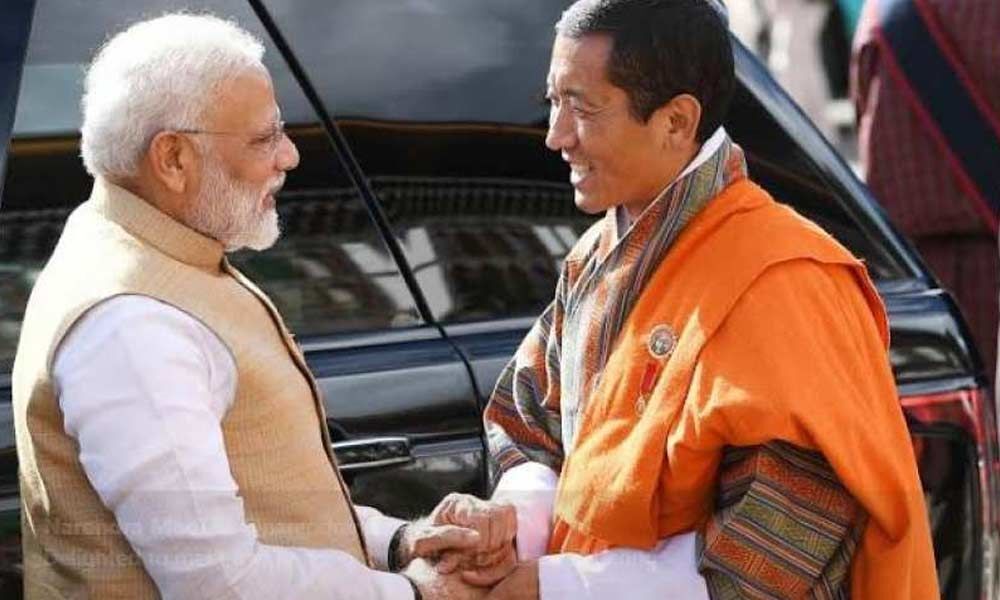 Asserting that India is home to among the biggest start-up eco-systems in the world and witnessing transformation in a wide range of sectors, Prime Minister Narendra Modi on Sunday said it was a great time to innovate in the country.

Thimphu, Aug 18 (IANS) Asserting that India is home to among the biggest start-up eco-systems in the world and witnessing transformation in a wide range of sectors, Prime Minister Narendra Modi on Sunday said it was a great time to innovate in the country.

The Prime Minister's remarks came when he was addressing students at the Royal University of Bhutan where he arrived on Saturday on a two-day visit aimed at holding talks with Bhutanese leaders to further deepen bilateral ties between the two countries.

Elaborating on his remark, Modi said: "Today, India is witnessing historic transformations in a wide range of sectors. India is eliminating poverty faster than ever before. The pace of infrastructure construction has doubled in the last five years. India is home to the world's largest healthcare programme, Ayushman Bharat that offers health assurance to 500 million Indians.

"India has among the cheapest data connectivity in the world, which is directly and indirectly empowering millions. India is also home to among the biggest start-up ecosystems in the world. This is indeed a great time to innovate in India!."

Modi said many other transformations have at their core dreams and aspirations of the youth of India.

The Prime Minister also asked the "brightest minds" of Bhutan to work hard and take the Himalayan nation to great heights.

"There is no better time to be young than now," said Modi.

He is in Thimphu on his second visit to Bhutan and the first since his re-election in May this year.

"As Bhutan soars high in its endeavours, your 1.3 billion Indian friends will not just look on and cheer you with pride and happiness. They will partner you, share with you and learn from you," Modi said.

"The world today offers more opportunities than ever before. You have the power and potential to do extraordinary things, which will impact generations to come. Find your real calling and pursue it with full passion," he said, as some of the university students in the large hall, in their traditional attire, nodded in agreement.

Referring to India's space programmes and the moon mission Chandrayaan-2, the Prime Minister said Bhutan is also on its way to having its own satellite.

"It is even a matter of great happiness that young Bhutanese scientists will travel to India to work on designing and launching Bhutan's own small satellite. I hope that someday soon, many of you will be scientists, engineers and innovators," he said.

Modi also took a leaf out of his book "Exam Warriors" to encourage students about "overcoming fear".

"Can I tell you something? Much of what I wrote in Exam Warriors is influenced by the teachings of Lord Buddha, especially the importance of positivity, overcoming fear and living in oneness, be it with the present moment or with Mother Nature," said the Prime Minister.

"Yes, we have challenges. But for every challenge, we have young minds to find innovative solutions to overcome them. Let no limitation constrain you," he said.

The Prime Minister will return to India on Sunday evening.