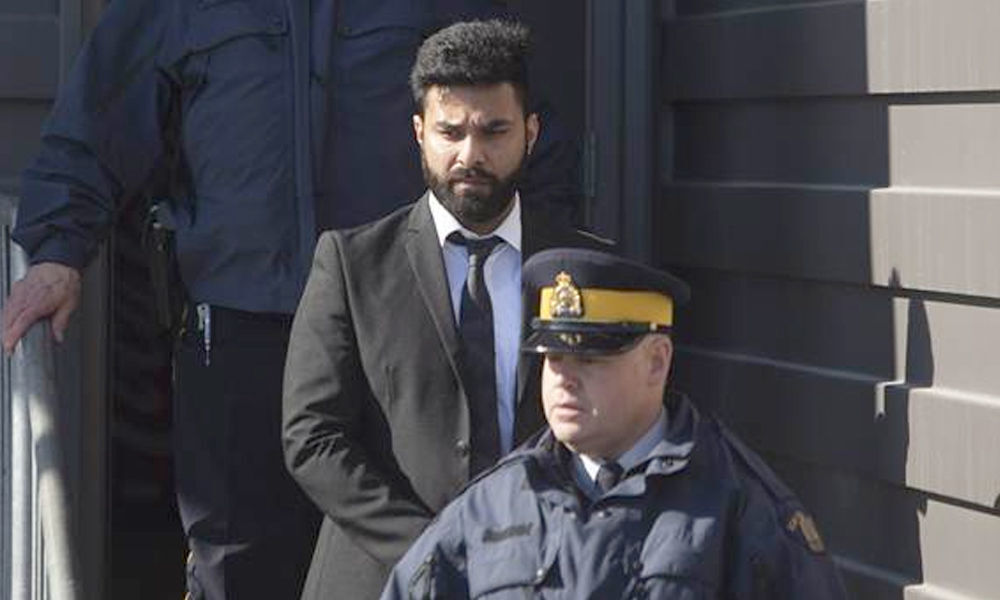 A 30-year-old Indian truck driver in Canada was sentenced to eight years in prison on Friday for causing a bus crash that killed 16 people, mostly members of a junior hockey team, in one of the worst disasters in the country's sporting community.

Ottawa: A 30-year-old Indian truck driver in Canada was sentenced to eight years in prison on Friday for causing a bus crash that killed 16 people, mostly members of a junior hockey team, in one of the worst disasters in the country's sporting community.

On April 6, 2018, Sidhu's semi-trailer truck failed to stop at a highway intersection, killing 16 people and injuring 13 on the bus carrying the Humboldt Broncos hockey team and others en route to a playoff game.

Sidhu appeared in a Melfort court on Friday.

Judge Inez Cardinal empathized with the victims' families as she read out her sentencing decision.

"Most find the pain unbearable," she said. "Families have been torn apart."

Cardinal said no case in Canada resembles this one due to the staggering number of dead and injured. She said she knows this has been difficult, but hopes Sidhu and the victims' loved ones can now heal.

Families burst into tears after the sentence was delivered. Some immediately walked out, while others stared at the judge's empty seat at the front of court.

According to an agreed statement of facts, Sidhu was solely responsible for the crash.

A forensic collision report found he didn't brake at the intersection of Highway 335 and 35 before hitting the bus.

The report said Sidhu's view of the intersection was not impeded by any environmental factors like trees near the road or sun in his eyes.

In court, the judge noted that Sidhu was preoccupied with a flapping tarp covering his truck's load and failed to notice road signs. She said a person is not innocent simply because the consequences of their actions are not forseeable.

She said Sidhu had many chances to stop but didn't, and said it was inconceivable he missed the intersection's many large signs, including flashing lights.

In a statement, the Humboldt Broncos said the team is thankful that the matter is over and that Sidhu is being held to account for his actions.

Sidhu's sentence was two years shorter than the term prosecutors had sought but is nevertheless the harshest ever handed down in Canada for the charges he faced.

The Indian national was a legal permanent resident but does not have joint citizenship and faces likely deportation after serving his time.