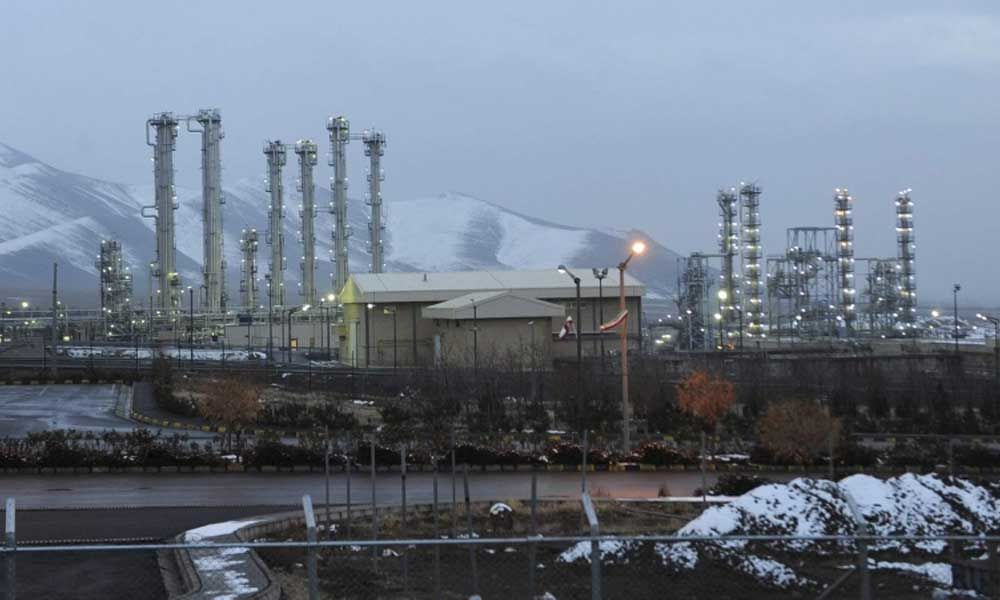 On Monday Tehran said it will surpass the uranium stockpile limit set under the deal from June 27.

A deal between major powers and Tehran on Iran's nuclear programme has been weakened since Washington unilaterally withdrew a year ago.

On Monday Tehran said it will surpass the uranium stockpile limit set under the deal from June 27.

Here are key developments in the bitter standoff.

On May 8, 2018, President Donald Trump announces the US withdrawal from the 2015 pact, saying "we cannot prevent an Iranian nuclear bomb under the decaying and rotten structure of the current agreement".

The move heralds the reinstatement of US sanctions.

The US warns other countries to end trade and investment in Iran and to stop buying its oil or face punitive measures.

But US allies Britain, France, Germany -- who were also parties to the deal alongside Russia and China -- insist Iran has abided by its commitments and say they are determined to save the agreement.

Iranian President Hassan Rouhani says Tehran would be within its rights to scrap the curbs it agreed in the deal. But he calls on the remaining parties to save it.

On May 21, US Secretary of State Mike Pompeo outlines 12 tough conditions from Washington for any "new deal". They include not only new nuclear commitments but also a complete scaling back of Iran's regional role.

A top US official says on July 2 that Washington is determined to force Iran to change its policies by slashing its oil export revenues.

On August 7, Washington reimposes a first set of sanctions that target Iran's access to US banknotes and key industries, including cars and aviation.

Within hours, German carmaker Daimler says it is halting its activities in Iran. French oil giant Total and other major firms follow suit.

On November 5, the United States reimposes a second package of sanctions aimed at significantly reducing Iran's oil exports and cutting it off from international finance.

At the end of January 2019, Britain, France and Germany launch a trade mechanism in a bid to allow Tehran to keep trading with EU companies bypassing US sanctions.

Tehran immediately declares Washington a "state sponsor of terrorism" and blacklists its forces in the region as "terrorist groups".

On May 8, Iran says it has decided to suspend commitments it made under the deal, some immediately and some after 60 days if no progress is made on sanctions relief.

They include restrictions on the level to which Iran can enrich uranium and modifications to Iran's Arak heavy water reactor that were designed to prevent the production of plutonium as a byproduct.

Escalation in the Gulf

On May 12, four ships, including three oil tankers, are the target of mysterious "sabotage" acts in United Arab Emirates waters. The United States and Saudi Arabia accuse Iran, which denies any involvement.

Washington had in early May sent military reinforcements to the Middle East, accusing Iran of preparing "imminent" attacks on American interests.

On June 13, two oil tankers are attacked in the Gulf of Oman in the Gulf. Washington, London and Riyadh accuse Iran, which again denies involvement.