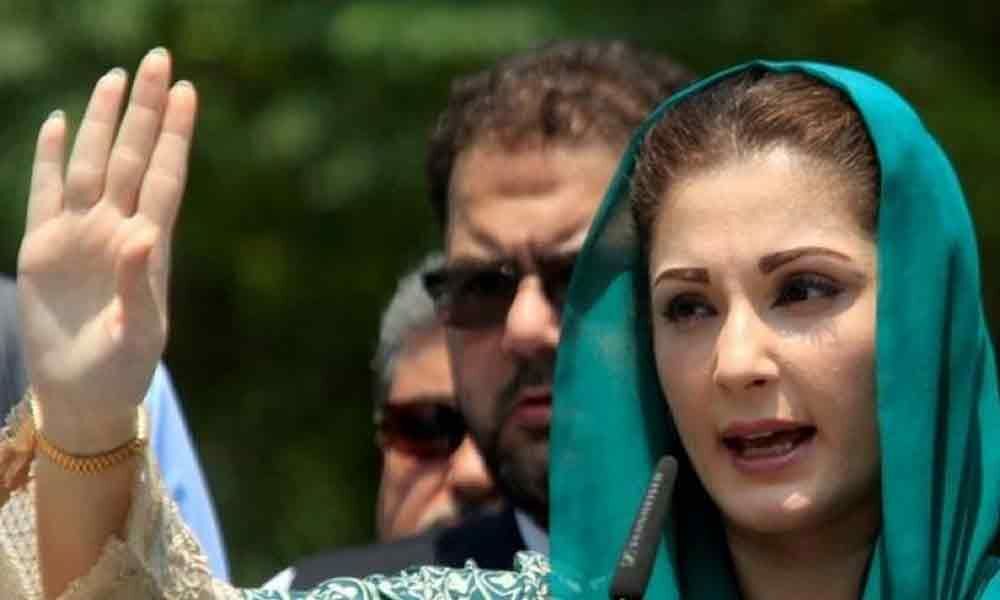 This comes after 3 Pakistani channels -- Channel-24, Abb Takk and Capital TV -- were taken off air for showing press conference of Maryam.

Islamabad: In yet another incident of media censorship in Pakistan, an interview of PML-N leader Maryam Nawaz with a Pakistani news channel went off air "forcefully" within a few minutes of broadcasting.

The news channel also posted a statement on its Twitter handle shortly after the blackout.

"Hum News believes in a free and responsible media. Protecting freedom of expression is one of our core values. At the same time, we stand for the respect and dignity of (the) judiciary in line with our ethical values and the Constitution," a tweet from Hum News said.

The interview was, however, available, on Malik's Twitter handle.

This comes after three Pakistani news channels -- Channel-24, Abb Takk and Capital TV -- were taken off air for showing a press conference of Maryam.

The news channels were put off air reportedly on the orders of Pakistan Electronic Media Regulatory Authority (PEMRA). Maryam had then termed the incident as "unbelievable fascism" and a "shame."

On July 6, Maryam had released a purported video of Accountability Court judge Arshad Malik telling a PML-N worker that there was a lack of evidence against her father and jailed former prime minister Nawaz Sharif in the Al-Azizia Steel Mills case and that he was "pressurised and blackmailed" to convict him.

The judge had refuted the allegations put forth by Sharif's daughter soon after.

Previously on July 1, an interview of former President of Pakistan Asif Ali Zardari conducted by the country's senior journalist Hamid Mir was taken off air on Geo News within a few minutes of broadcasting.