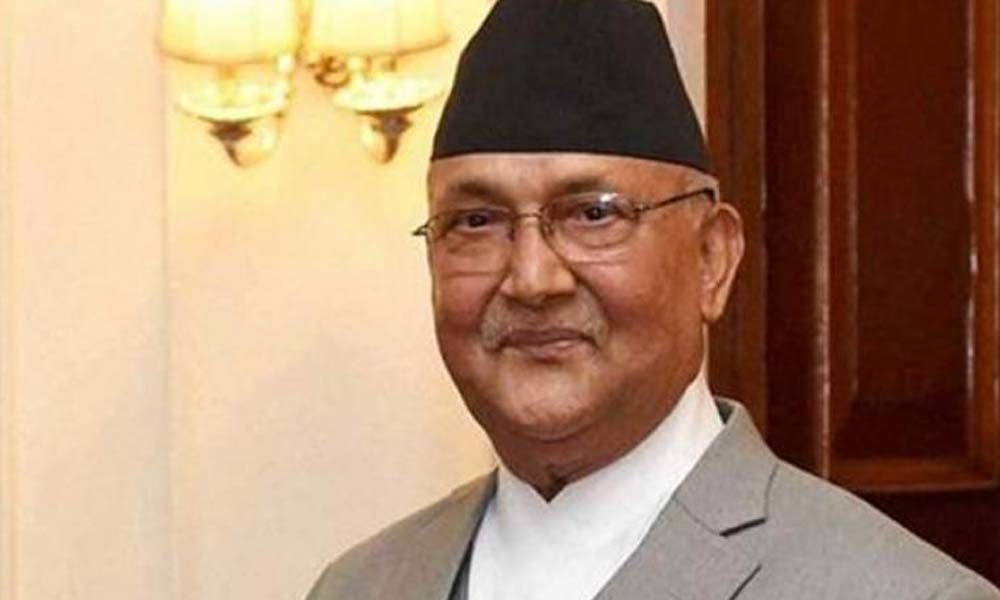 In the pictures circulated online, Oli is seen cutting the cake and distributing it to the children present at the occasion.

Kathmandu: Nepal Prime Minister K P Sharma Oli's birthday celebrations were marred by controversy after pictures of him cutting a 15-kg-cake with the country's map drawn on it went viral, according to media reports on Monday.

Oli's wife Radhika Shakya, along with a large number of people, including school children, and his close aides attended the 69th birthday celebrations of the premier on Sunday at his birthplace in east Nepal's Terhathum district.

The cake, with a replica of the country's map drawn on it, was taken in a helicopter from Kathmandu to the venue.

In the pictures circulated online, Oli is seen cutting the cake and distributing it to the children present at the occasion, Annapurna Post daily reported.

Social media users expressed anger at the use of the country's map on the cake.

"According to Article 151 of Criminal Code 2017, denigrating glory of the national anthem, flag and coat of arms is restricted.

"The Code prohibits the use of national emblems in inappropriate places and situations.

Anyone found to have been involved in such an act can face legal action," said one of the social media users online.

Cutting Nepal's map in the form of the cake is inappropriate as it indicates motive to disintegrate the country, senior advocate Dinesh Tripathi was quoted as saying by online portal Hamrakur.com.

This may invite legal action, he said, demanding apology from the prime minister.